Well, not quite. I'm helping work on a layout for Harvey and he's said that I can include his layout on the blog. So today I'm working on the saw mill. Here's the start of day picture: 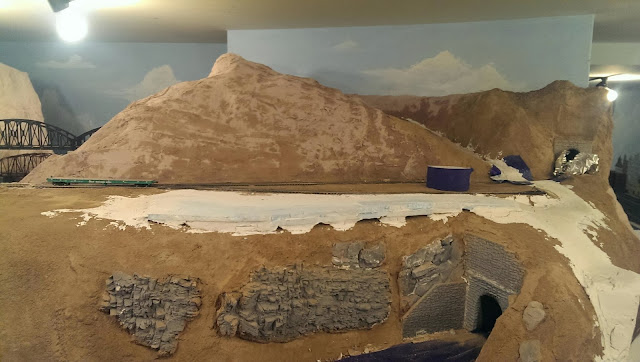 I'll provide more details about the layout later, but I built a good portion of these mountains and installed this siding. Since I had started basic groundcover, John thought we should figure out how to install the saw mill, as this is the logging line.

Harvey bought the mill after it had been cut out from another layout. It's a nice scratchbuilt structure, and half of the roof was left off to allow you to see the detail. So we wanted to make sure that side faced the aisle. The problem was that side originally faced the siding. It just fit behind the siding here, but since it's fairly high it made it difficult to see. So I tried it in a few places on this side of the track and we decided to add some foam to the terrain to give it a home. As you can see, John also added a road to the location and up between the mountains.

I built a retaining wall the night before, and here I'm filling the spaces with grout: 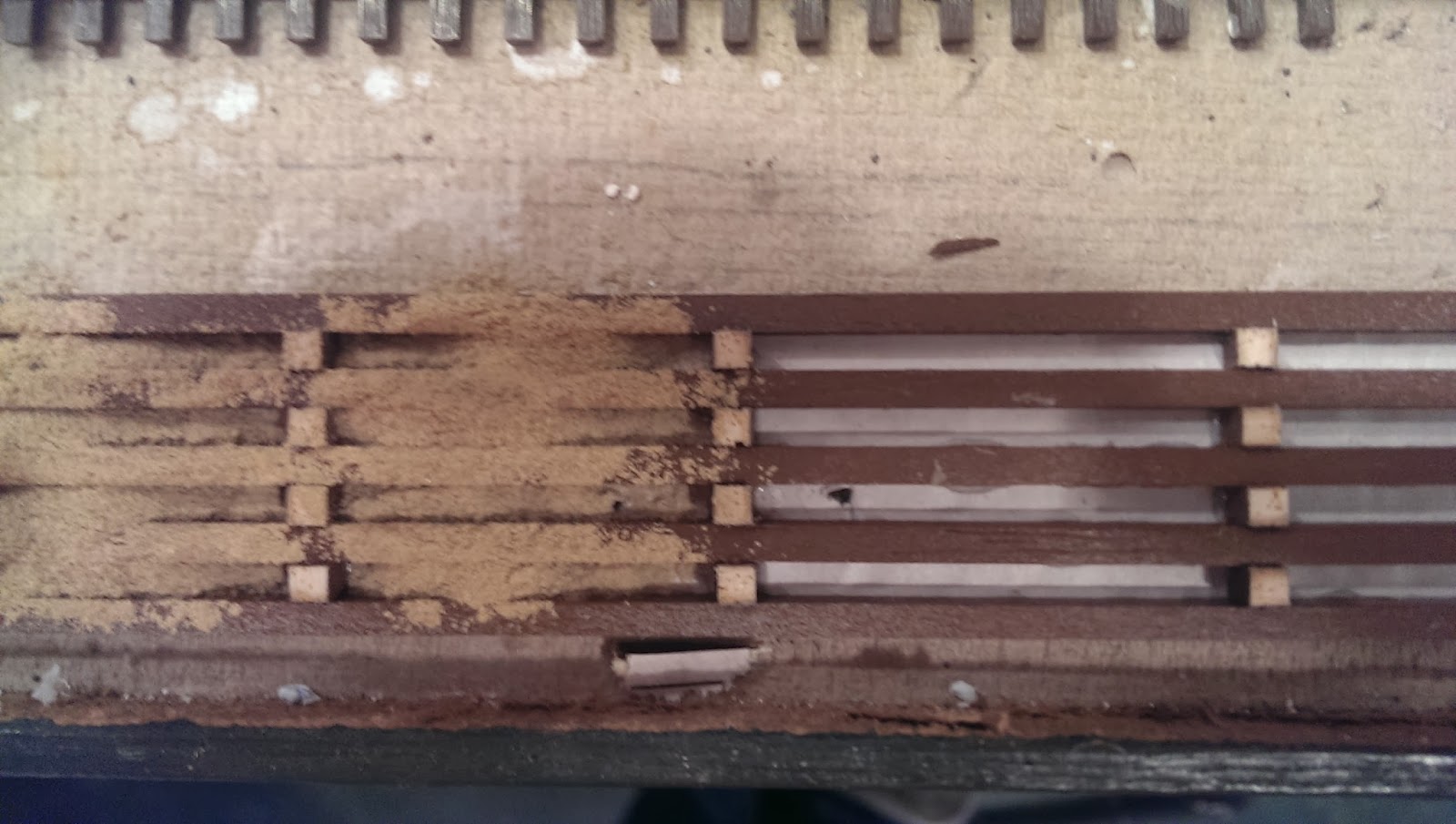 I had started by making a 'template' with what was handy, a piece of newspaper. Initially I was going to transfer that to some other material, but decided it would work just fine as backing. I used The Chopper to cut all of the small pieces then just glued it together. After brushing the grout into the spaces I used diluted white glue to set it while I worked on the hill.

Going back a day, here was the hole I cut in the hill and the piece of foam that was made to fit with the rough placement of the mill: 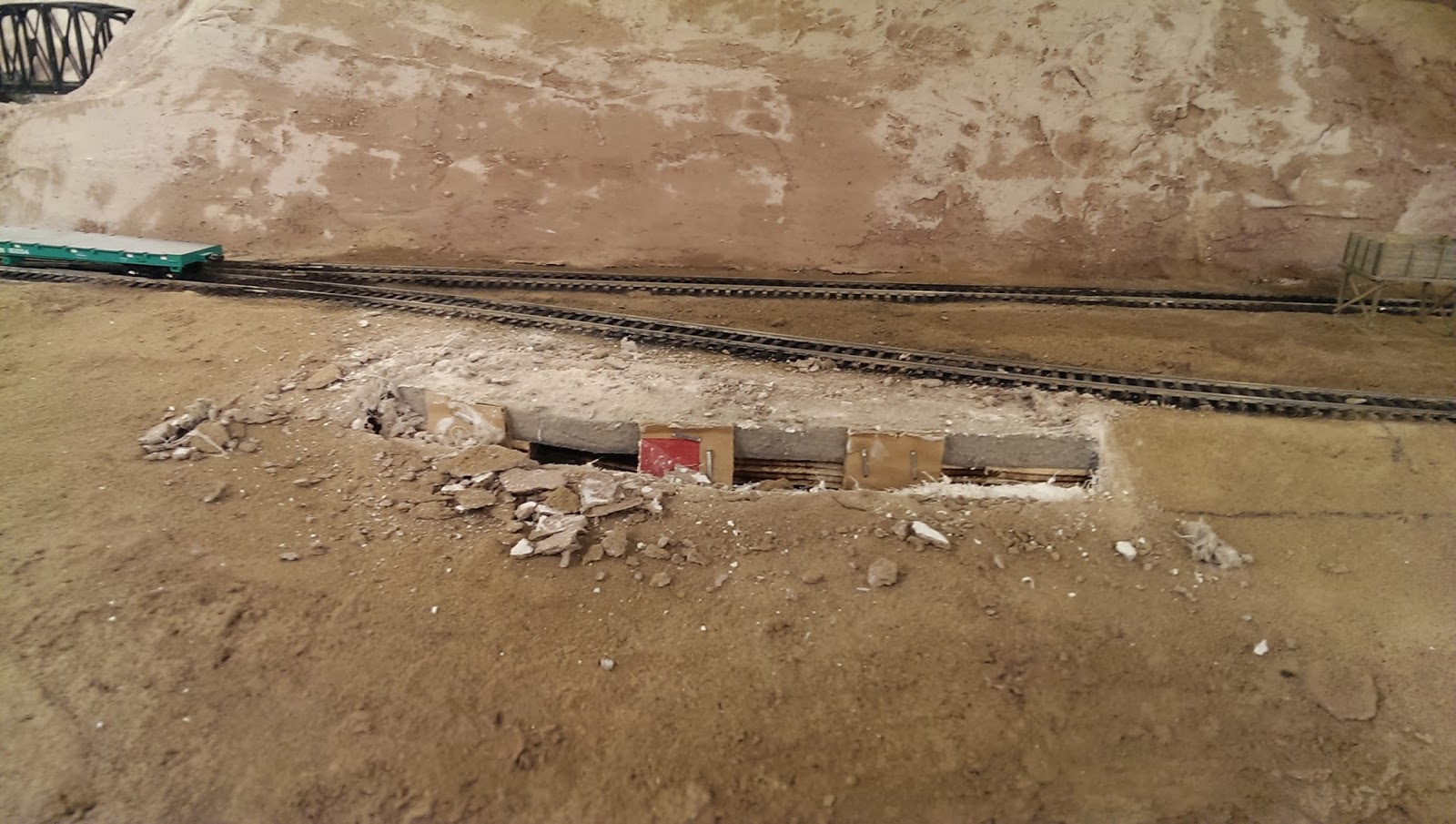 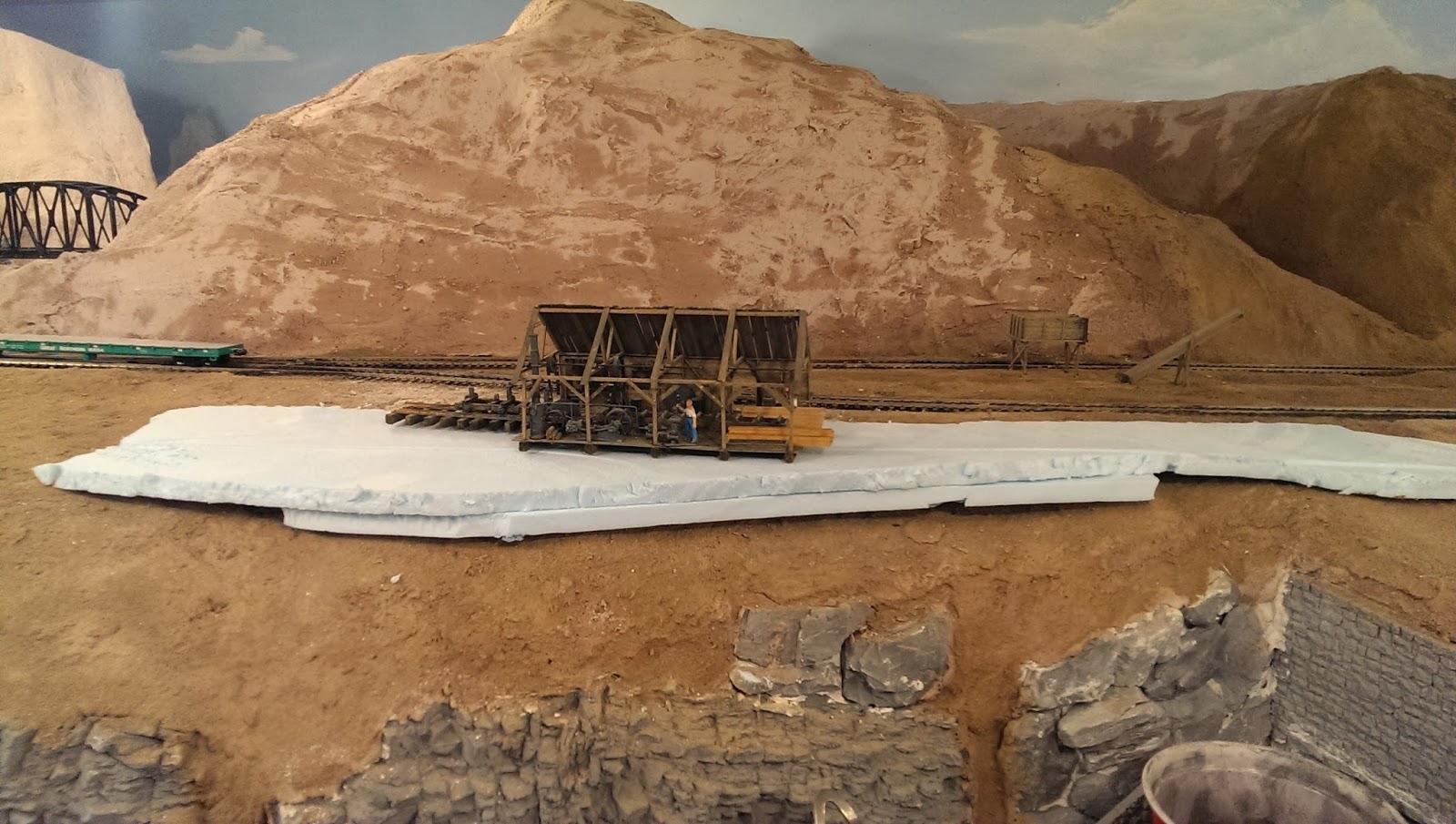 So I spent the day doing basic groundcover (more grout), decided that the road would stand out more as gravel instead of a dirt road, and installed the retaining wall. The gravel road was a blend of the grout, light gray ballast, and cinder ballast. It will be a lighter color when dry. 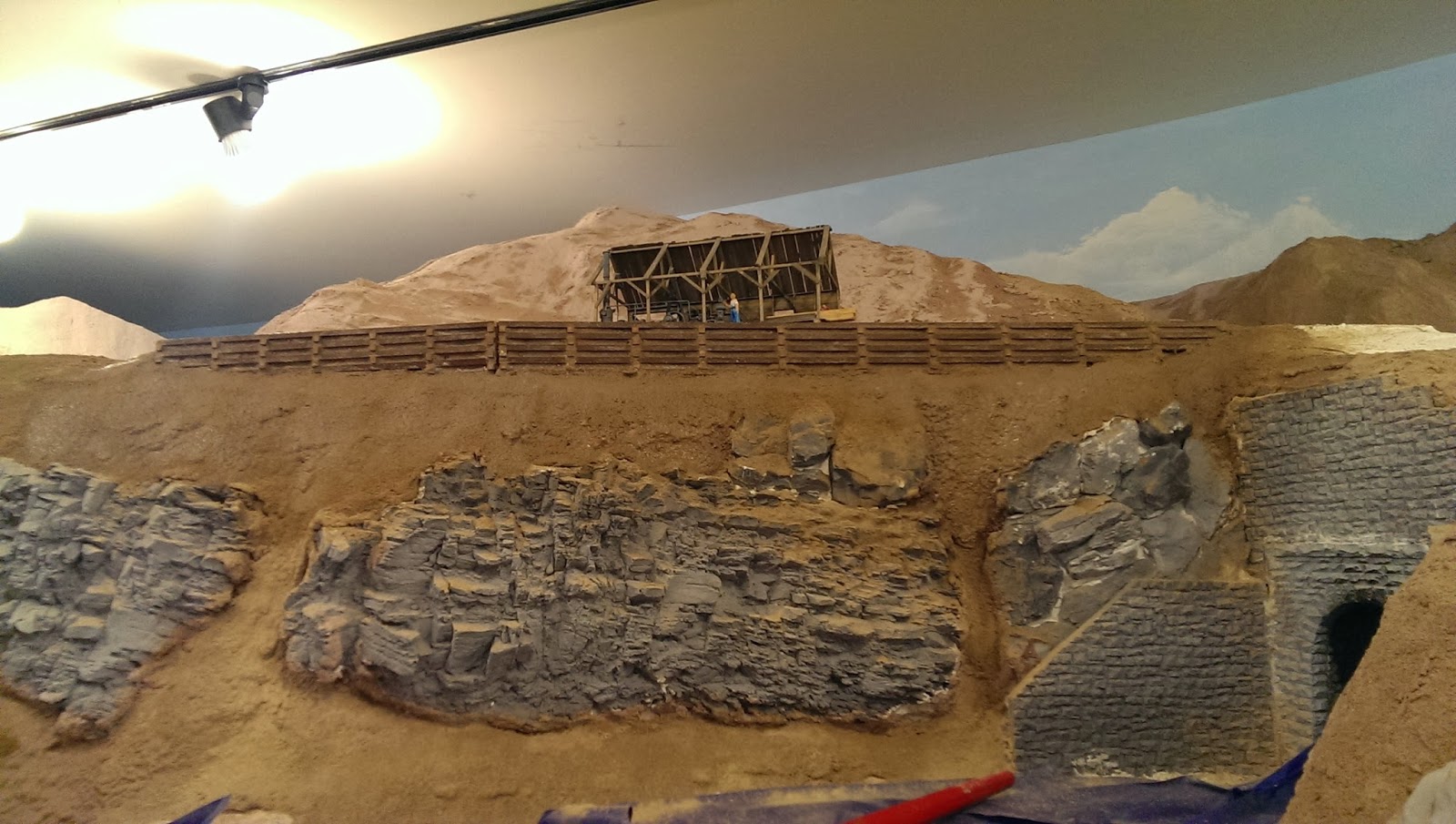 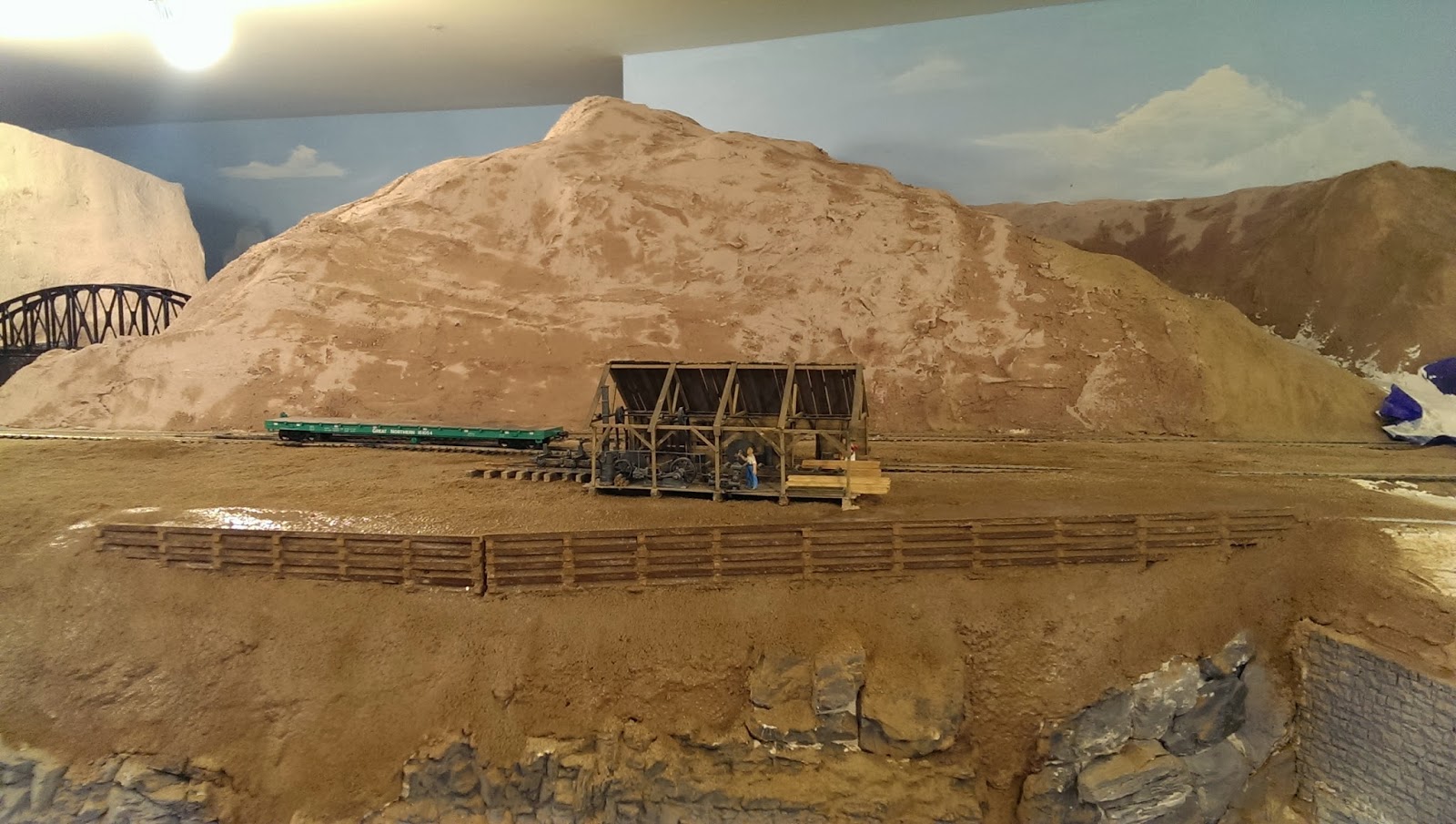 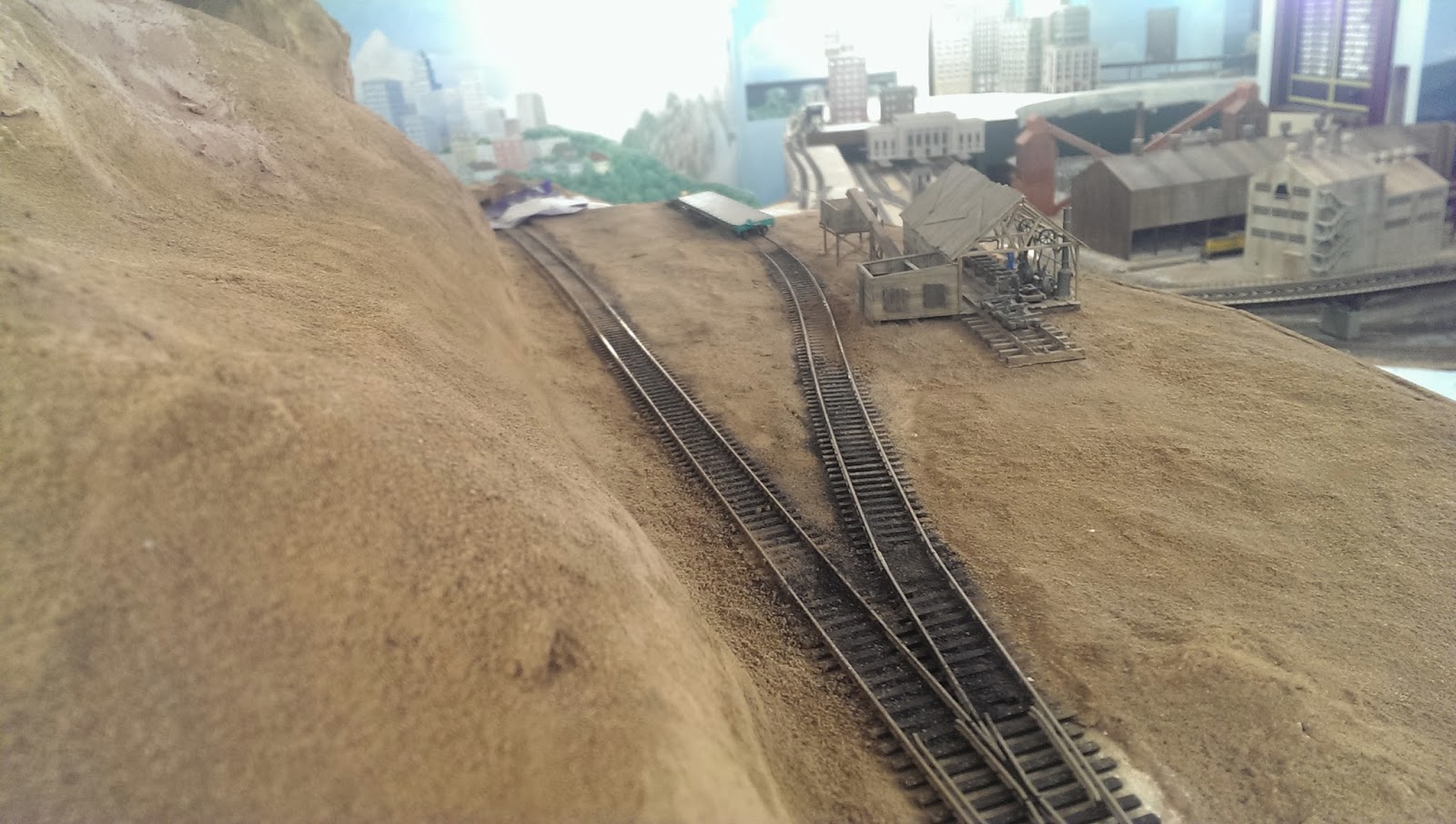 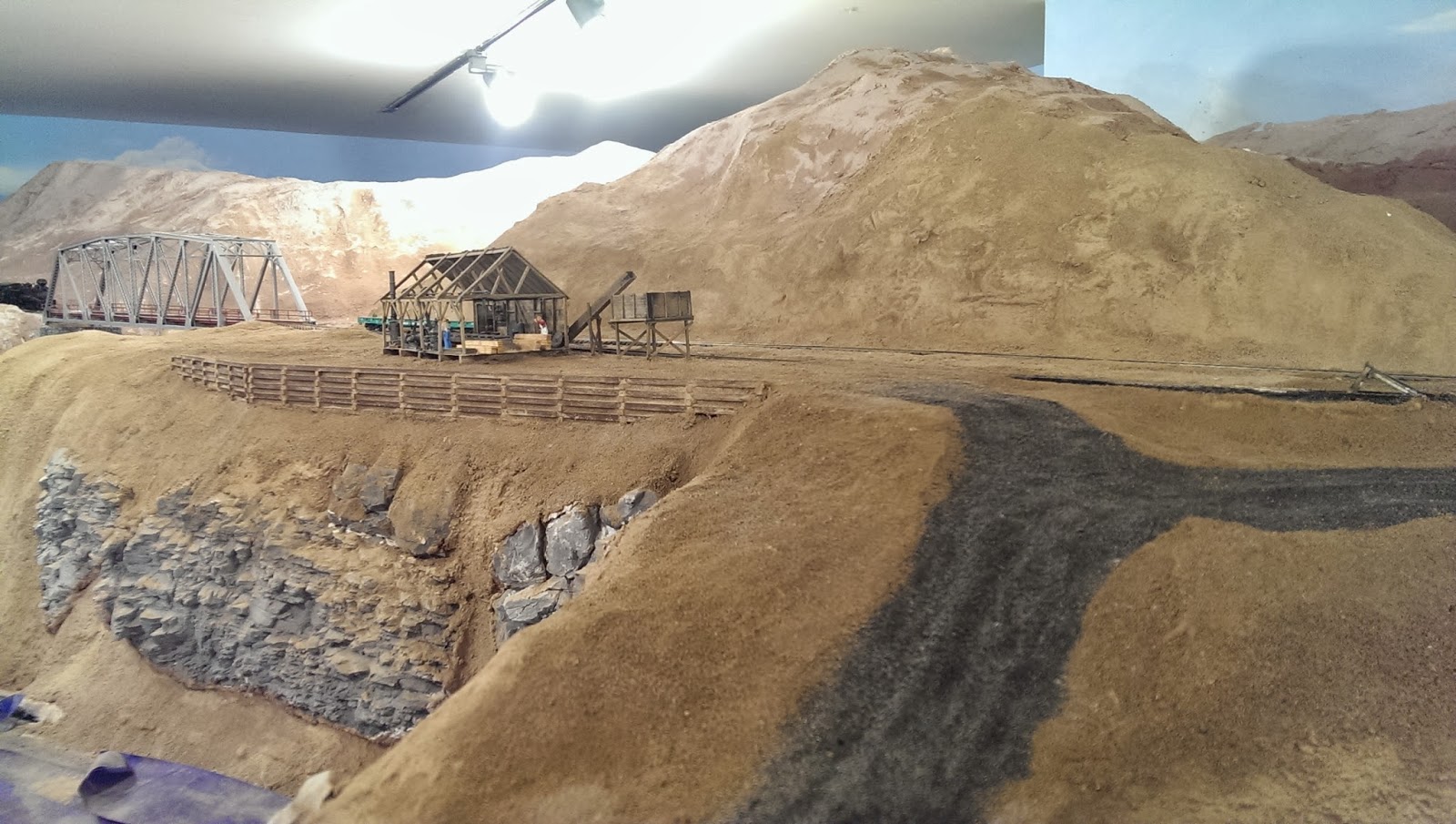 There's a lot more work to do, but I did figure out one other thing. I was trying to figure out something to put in the space between the siding and the mainline, partially as justification for the siding to be swung so far out and for them to build the mill on the edge of a cliff. While I was working on it it came to me - a water tower. For that matter, some basic railroad maintenance sheds, etc. for servicing the Shay. This is really the only location where they'll fit. So I think I may try my hand at scratchbuilding them because I'd like them to match the quality of the nearby mill.
Posted by Randy at 9:30 AM