I was hoping to finish these off this week but got tied up with some other projects. So I'm continuing to finish up the small details after looking through the pictures again. First, I can confirm that the unknown commenter was correct, those little things on the walkway are oil cups.

I went over to CNZR with my buddy Dale so he could show me some on the ex-NH RS-1 they have. In this case they are below the walkway, just above the truck and apparently lubricate the center pin of the trucks. 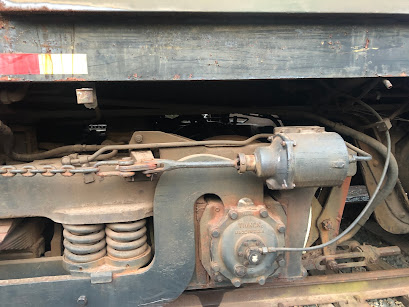 One of these days they'll get this running again...I hope!

You can also see a small pipe in the upper right corner of this photo, which is a lot of what I've been finishing up on the models. Initially I was just using styrene rod, but I decided to see if I could do something about the interesting pipes above the truck on the RS-2s: 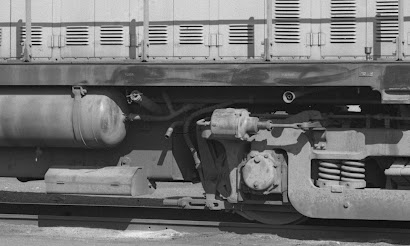 It looks like a pipe-within-a-pipe. It doesn't show up in many photos, and it's another detail that nobody is likely to see unless I point it out to them. But it lets me experiment with something different, and hone some more scratch building skills. 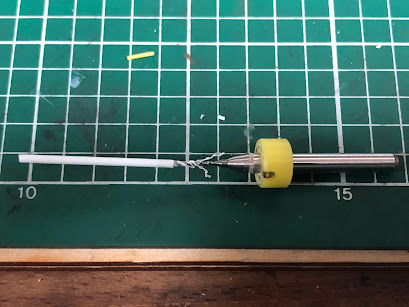 You need to be careful to keep it centered, since you'll have a wall of .25mm. I then used a reamer to flare it slightly to widen the hole as much as I could: 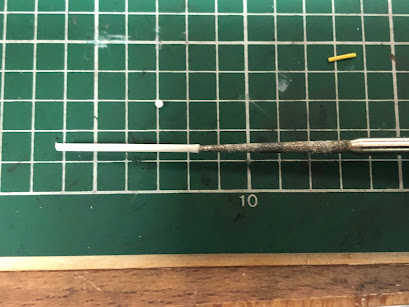 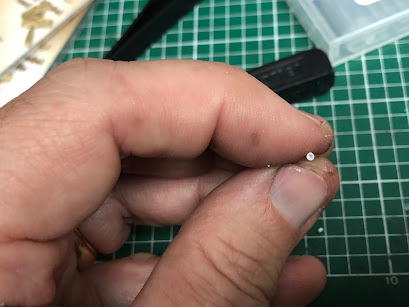 If you're paying attention, you'll see a small yellow piece in the picture above. That's the insulation stripped off of a 23 AWG wire. I glued that inside the tube. Here are a couple that have been completed: 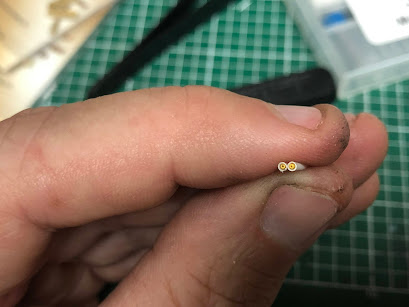 Here it is installed: 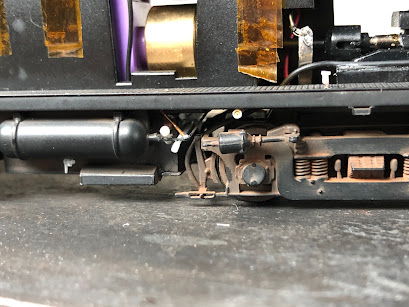 I also drilled out the end of a 0.020" rod and bent the end for the drain pipe next to the water tank. I then added the diagonal wire for the pipe that's there too. 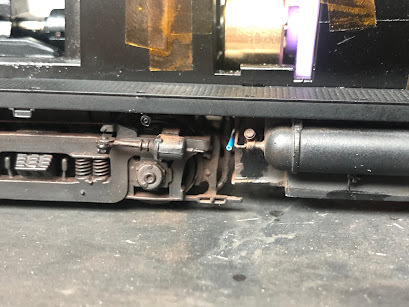 I also noticed a pipe I hadn't added yet to one of the models. Instead of the styrene rod I used wire insulation again.

To make it easier to see the other details, I decided to weather the chassis again.

I painted all of the unpainted parts black first. Once that's dried, I used a paint pen to apply wet paint to the truck sideframes, the battery boxes, and the air tanks. Basically all the parts that are likely to be handled. I then applied black Pan Pastels to those parts while wet, hoping that will help it adhere a little better.

I then use gray and burnt sienna to add brake/road dust and rust. The effect should be close to the RS-1 truck above. Here are a number of shots of both sides. The approach makes those tiny details pop: 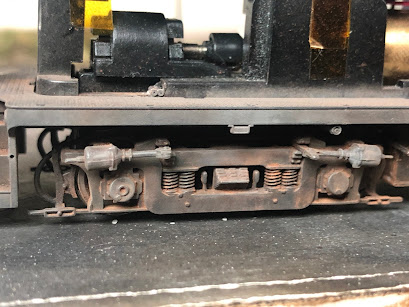 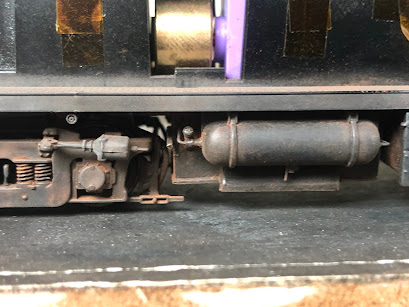 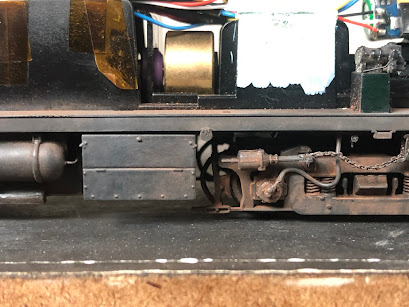 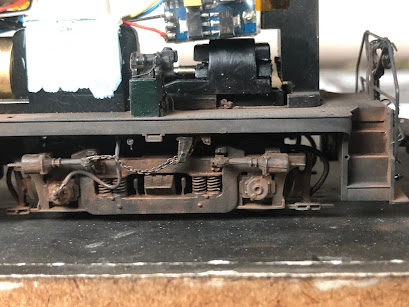 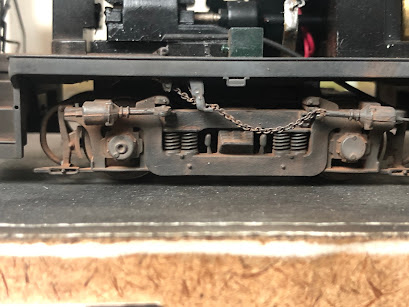 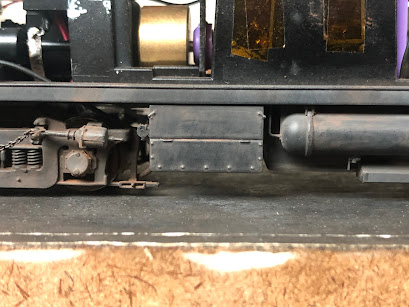 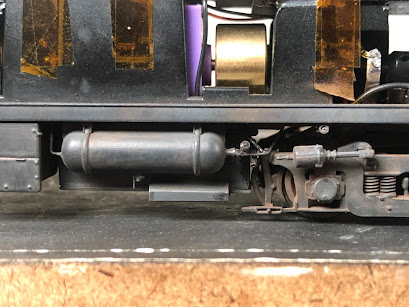 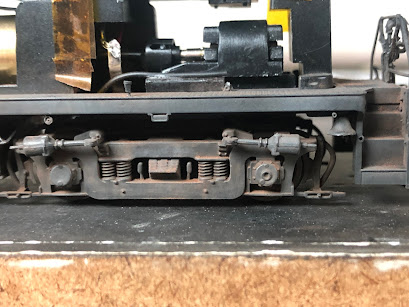 With luck these will be finished by next week. You may notice I decided to add the ESU Power Pack (keep-alive) to these, since I had them anyway. They fit above the short-hood truck without a problem.
There's very little touch-up left to do. A few things on the shell, the final application of the ATC boxes and step, a couple of air hoses, and maybe one or two things I'm forgetting.
The one that has the biggest chance of something going wrong is renumbering the second 0503 to 0502. I've already removed the '2s' and have the decals, so we'll see how it goes!
Posted by Randy at 10:19 PM