Household Fuel Part I: The Prototype

So Dick and I took a trip out to check out Household Fuel to get some rough measurements to start a model. 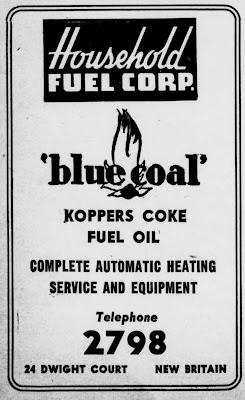 The Company: Household Fuel Co., 24 Dwight Ct, New Britain, CT.
With a little additional research on forums dedicated to finding inexpensive coal for home heating in the present day I learned that Household Fuel (aka Household Coal and Oil Co.) was started c1918 (other reports state 1929), and continued until c2012 when the elevator finally gave out and it was too expensive to repair it.

The elevator was facing the track, now a busway, and the elevator was removed during the construction of the busway, so I'm not sure the business could have continued regardless. I'm still trying to track down the owner, as I've heard they live in West Hartford. I'm hoping they may have some memories of when they were served by rail or, even better, photographs and/or records from my era. It would be interesting to see how close our estimated dimensions are too if they have access to the original plans, or are at least willing to provide access to the property. 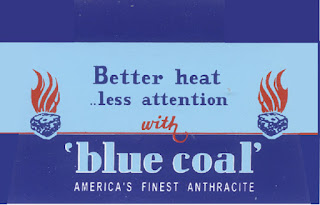 The Supplier: Glen Alden Coal Co., Ashley, PA.
My research uncovered ads for Household Fuel that indicated they sold Blue Coal. The Glen Alden Coal Co. was formed in 1921 after an antitrust suit against the DL&W forced them to divest the coal operations.  The company is famous for the Huber Breaker, among the largest and most modern of its time, and Blue Coal. They had several collieries:


As a marketing strategy, they spray dyed the coal blue. I've seen it described as similar to the color of a chalk line or pool cue chalk and the few pictures I've seen of present day samples reflect that. Although it's certainly possible that they would have received other brands of anthracite, because they were advertising Blue Coal specifically, I'm going to assume that's primarily, if not entirely, what they received.

All of this information will be useful when preparing waybills for the layout. 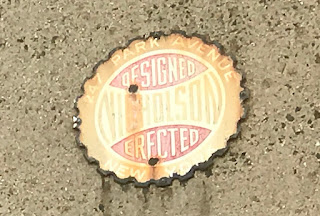 The Builder: Nicholson Co., 247 Park Ave, New York, NY.
The silo capacities are 250 tons each. Signs on the structure indicate it was designed and erected by Nicholson, located at 247 Park Avenue, New York (City, presumably).

"In our recent article describing the new plant of the Hudson Feed Co. at Yonkers N.Y., the name of the builder was inadvertently omitted. This plant, which will be one of the most modern and up-to-date in the Hudson River Valley, was designed and is being erected by the Nicholson Co. of 247 Park avenue, New York."

"Thousands of Nicholson Coal Pockets are daily performing their task of handling and storing coal at a minimum of cost. An indication of their economic value and superior construction lies in the fact..."

"It proves why owners of Nicholson pockets, when they build again, always "repeat." They are satisfied as to value, specification, and performance. It proves why over 39% of all Nicholson contracts are repeat contracts.

The illustrated coal pocket for their advertisement for repeat customers is the fourth for the Dependable Coal Corporation, and is the coal pocket for Babylon, L.I. plant. I could only get snippets due to copyright restrictions.

It also appears that some of the facilities at the Virginian Railway's Tidewater Coal Terminal were built by Nicholson.

So it would appear that they erected a lot of coal pockets, I'd be interested in seeing if there were any of the same basic design here. Trainsarefun.com has a partial picture of the Dependable Coal Co. pocket in Babylon in 1950. 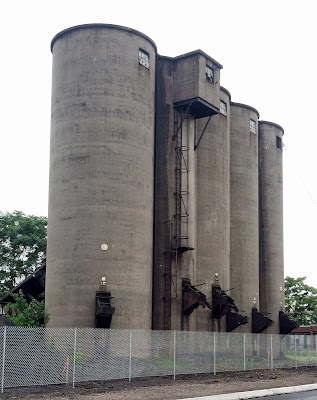 The Coal Pocket
Our estimate is that the structure is 76 ft. long, 55 ft. tall, but we still needed to determine the diameter of the silos since they overlapped a bit. Dick and I used different approaches, but ended up with the same estimate of 16 feet. I don't recall Dick's more sophisticated approach, but I simply divided the 76 feet by 5 (silos) and came up with 15.2 ft. I then figured 16 feet gives a bit of overlap and is a nice round number to work with.