Chris and I had a chance to see what other photos we could dig up. So here's a collection of some detail photos for the project. 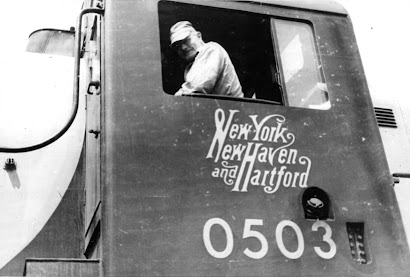 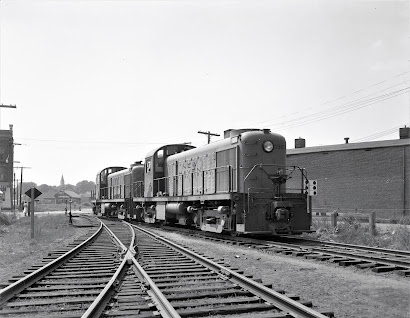 On a busy day it wouldn't be surprising that two would be needed. If you recall from the Arranged Freight timetables, the tonnage rating for the DERS-2b on NY-2 is 1500 tons from Meriden to New Britain due to the 1% grade on the Berlin Line. Coming back from Westfield it's 1700 tons. Assuming an average of 50 tons per car in this era, that's a 30 to 34 car train with a single engine. But based on the assignments I'll generally run them with a single locomotive (although I'm hoping to extend the 'Cedar Hill' staging track to allow a 30-car train). 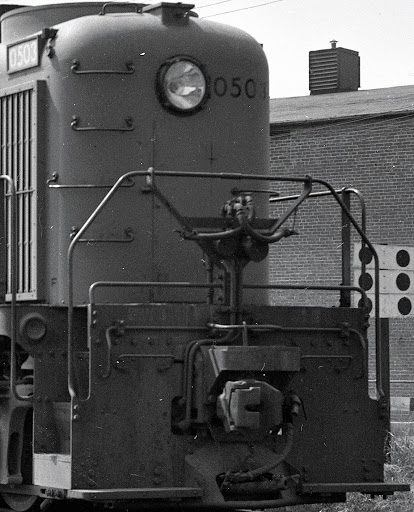 Note how there is an opening for the BARCO steam lines, and how that part of the pilot is slightly lower than the footboards. That's actually a good thing, because I'll cut out that opening to add the steam lines, and I won't have to worry about keeping the bottom portion since I'll add that with strip styrene.

If you look closely, you can also see a second angle cock on the right side, above the air hose. In other pictures there are two air lines. I may add a second line to 0502, and just the angle cocks on 0503 for that variety.

There is also something on the walkways of both engines in front of the engineer: 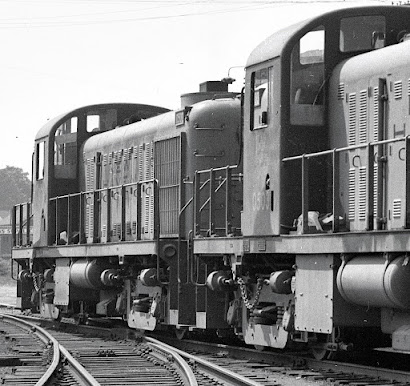 There is also something in the same place on two other undated photos we found of 0509 and 0513 (photographer unknown). They are copy negatives and were extremely overexposed, but they do provide a lot of detail: 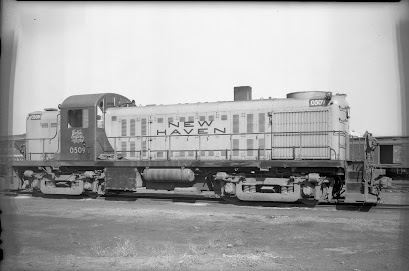 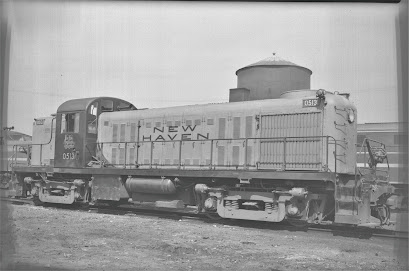 My guess is that these are rerail frogs, and that's what I'll get for my models unless somebody else can verify that they are something else. Other small details that I haven't seen before (or seen only partially):

There's a pipe running down the back of the pilot. There's actually a globe valve at the top that I could spot in another photo. So I can add those. You can also see that the large (overflow?) pipe in front of the engineer has a right angle bend into the side of the hood. Not something I'm likely to change at this point (it's subtle), but I'll probably add the nbw castings to the right of it. There are a couple of other pipes visible that weren't evident in other photos that I'll add under the chassis.

Even though the angle is mostly from the side, we can clearly see that the pilot arrangement is different between the first (0509) and second (0513) deliveries, since it appears that these were both taken early in their life and at the same time. 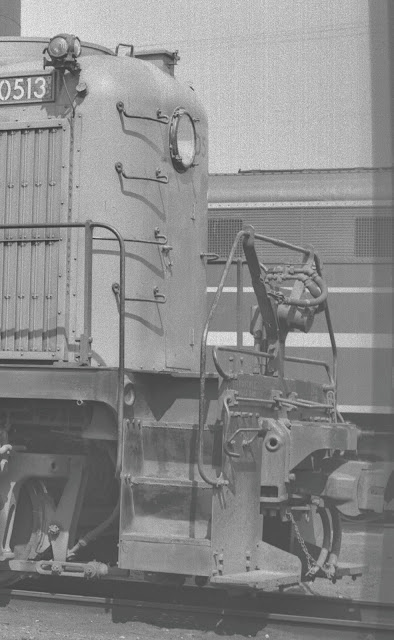 You can see the twin air pipes next to the coupler on both locomotives.

Initially I considered alternatives for the handrail stanchions, since the Proto ones have an angle bracket that is what pushes into the walkway, with the vertical portion just resting on the walkway instead of going into it. As it turns out, that's exactly how it was constructed on the prototype as well - the vertical stanchion is bolted to the angle that is bolted to the walkway. This is one of the main reasons I didn't alter the railing on the pilot, even though it's incorrect. The railings and stanchions are so fine on the Proto model that I couldn't drill holes for bent wire railings. If/when I get the Smokey Valley Model Works ones I might experiment, but it's hard to believe they will look better than the Proto railings.

Another detail - back when Chris was researching and detailing 0510, he was certain that the horn and steam generator intake were on the center line of the short hood, as opposed to the RS-3s which are slightly off-center. We searched and couldn't find any documentation or photos, however. After he completed it, I got this photo from eBay for him that shows just that: 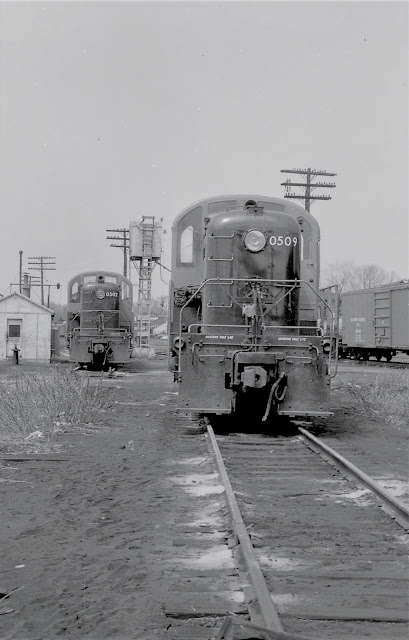 It is particularly evident on the locomotive in the background. You can't see the steam generator intake (was it removed? The BARCO lines are also gone), but the horn is clearly centered. Photographer and date unknown (but it's the McGinnis era or later). I love the cinders and dirt along with the sand from testing the sanders.

Speaking of 0510, I've been considering completing the third one I have since it's numbered 0510 already. Why? Because it served for some period of time on 131/136: 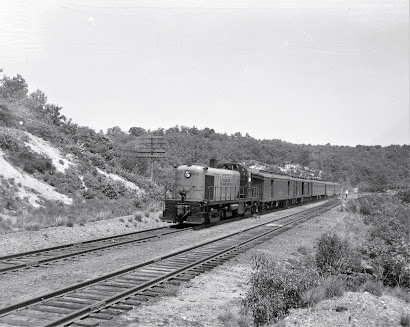 We have several undated Cochrane photos, although this is probably the best one. It's also appearing on a shorter train, and we have 0507 on 131/136 too. The April 1949 Engine Assignments has 0510 covering this run, and it probably started in December of '48 after the last steam run. In fact, it was most likely the delivery of this locomotive that ended steam on the run. Considering the foliage I would say it's spring/summer '49.

By September it had been replaced by DER-1 (DL-109) 0707 leading one to believe it wasn't powerful enough for the 5-car run. Since it's not likely to have actually run during the periods that I modeled, we decided that Chris can just being 0510 over for a run if I decide I'd like to have it on 131/136.