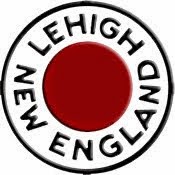 The Company had several collieries mining anthracite. Two of the ones I've been able to verify that had breakers (Lansford and Tamaqua, PA) were both served by the LNE. They had other breakers served by the D&H, DL&W, ERIE, and RDG.

Of the roads I've verified that serve Old Company's Lehigh, the DL&W will be the toughest to model. D&H, ERIE and RDG won't be too difficult. But Chris and I have decided to start a project to fill some holes in our hopper fleets with LNE hoppers. And since we're getting started on this we figured we'd check with the other Thursday night guys to see if they'd like to build a few as well. As it turns out, models are also available in N-scale (for Dick) and S-scale (for Pieter), so we can all add a few cars to our rosters.

That's great news, or so you'd think, because the Kadee hopper is an AAR Standard 50 ton twin hopper. But, consulting the information and rosters in Railway Prototype Cyclopedia Vol 25, we find that the LNE cars are two different types. All except the last 300 of those are of an early design with sloped side sills at the end, with a straight side sill between the bolsters, and pressed steel channel end posts. The remaining 300 cars have straight side sills, with a fishbelly side sill between the bolsters, and z-bar end braces.

The Kadee car is closest to those 300 cars, with the correct side details, but the end posts are spaced wider apart and are composed of steel angle to the top of the ends, instead of pressed steel channels attached at the bottom of the hopper end.

Accurail, Athearn, Atlas and Walthers all make 'offset side' 2 bay hoppers that are also based on AAR Standard cars. Unfortunately these have molded on detail parts. The Accurail one has the finest detailing, but is apparently a match of a B&O car with different details. The Athearn and Atlas cars are better detailed than Walthers, and fortunately the Atlas car is nearly an exact match.

So the Atlas car looks like a good starting point. Even with some extra work it won't measure up to the current state-of-the-art Kadee or Intermountain, but we should be able to turn it into a very good model that's not just a stand-in.

They are available undecorated (Atlas #18870 in the Trainman line). There is a second Atlas offset side hopper in the regular line (Atlas #1850) but it has a different bracing pattern along the top of the sides, which seems odd to me (particularly because I can't find a prototype that it matches).

The paint scheme will be similar to the second picture, without the billboard 'LNE' using Highball Graphics decals. Each set covers 3 cars, and a set is available for N-scale as well.
Most of the cars used coil elliptical trucks available from Tahoe Model Works
All had Ajax handbrakes, AB Brakes, plate steel brake steps, and Wine door locking mechanisms.

More information can be found in the excellent Railway Prototype Cyclopedia Vol 25 (pictures on pg 54-5), Vol 2 (picture on pg 87 - a better version of 14382 above), and Bob Karig's "Coal Cars: The First Three Hundred Years" on pg 307, including an interior shot.

A third variation?
Well what do you know? Looking closer at the overhead shot of #14518 in Bob's book, which also shows the end, it is of a different design. It has the sloped side sills as with the earlier cars. But it has the z-bar end posts like the later cars. It's stenciled with a build date of March, 1941, which is earlier than listed on the roster by about a year. It appears that the Accurail car is a close match to this prototype, which will allow us to model a subtle variation with little additional effort since most of the modifications will be the same as the Atlas model. This kit has some extra details lacking from the Atlas (like slope sheet bracing) that will help with the rest of the project as well.

In any event, I think this will be a fun project, and I'm hoping that by doing it as a group we'll (I'll) actually get them completed and in a relatively quickly.

Well, I'll post the question on the Steam Era Freight Car Group. In the meantime, it's time to pick up some models, decals, and parts.