So, partially in response to a post on the NHRHTA Forum and in part because I've been working on it for a while anyway, here's some info on how I'm ballasting the track.

Note the many variations in color and texture - all of these photos were taken within about 5 miles of each other.


These are on the Highland Line.
(Tom McNamara) 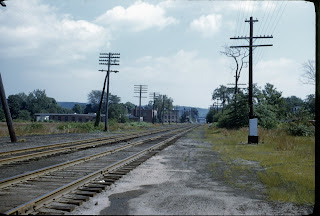 Highland Line (near Plainville), note the amount of dirt. 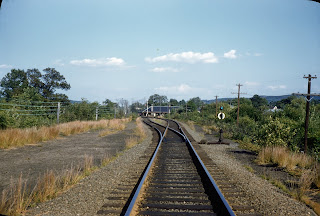 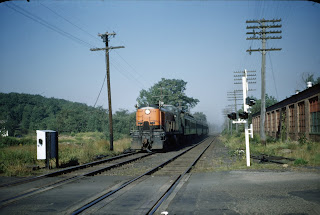 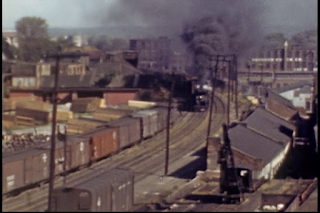 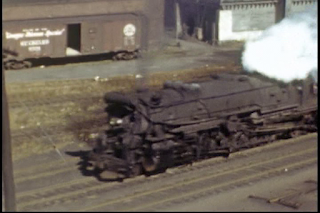 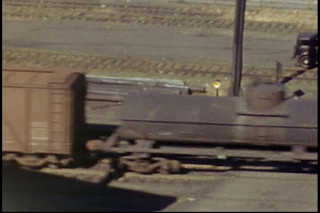 These three are from the same location, c1953.
(Kent Cochrane video) 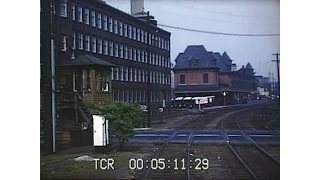 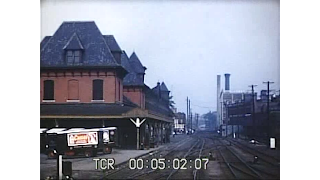 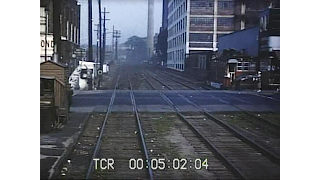 Black and white photos can also be helpful. Although you don't get the color (obviously), there is obviously a lot of dirt mixed in with the ballast in these photos: 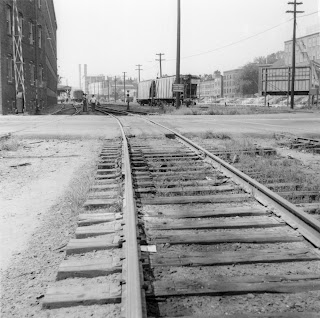 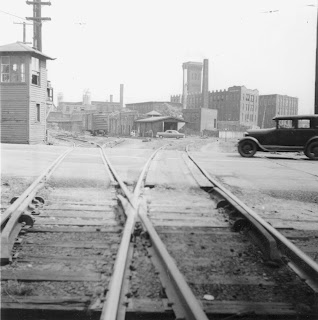 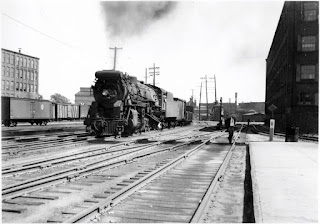 So that gives me a starting point for color and texture. In New Britain itself (particularly the yard) there's a lot of dirt, some cinders, and some stone ballast, along with weeds. In addition to the historical photos, I've also visited locations, particularly New Britain, that look similar to what's in the pictures. Obviously there aren't any areas using cinders anymore, but I think the appearance of cinders and dirt is pretty similar to the small pieces of asphalt and dirt you see along the side of the road.


The two mainline tracks are at the top with more of the stone ballast.
The turnout is the Berlin Line and is cinders and dirt. 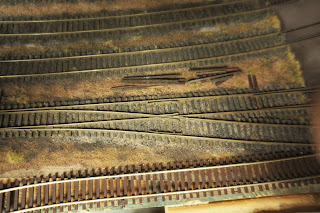 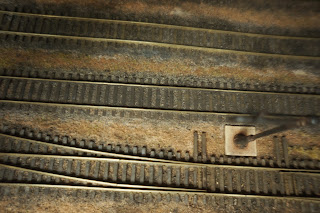 Again, the two tracks to the left are the main, the platform track is also the Berlin Line.
Compare to the photo of the L-1 and the man walking across the track above. 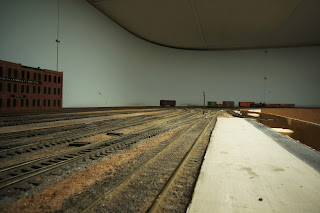 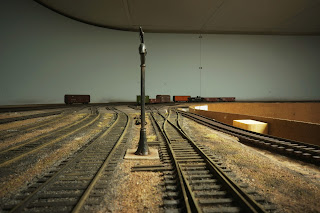 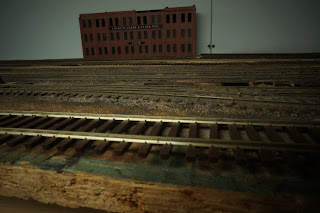