A year or two ago Belthlehem Car Works released a NH Baggage car with 15' RPO apartment. Joe Smith detailed how he scratchbuilt a car with a 30' apartment on his blog.

The kit has a cast resin roof, injection molded ends, and 3D printed resin sides, with the original CAD by John Sheridan. The floor is a piece of styrene with injection molded fishbelly center sills. It's a pretty easy kit to assemble, although I felt the instructions could have been a little clearer in regards to building the floor. I'm not sure my approach matched what was designed, but it worked for me.

Here's a picture of one of the cars in Danbury. One of these cars was regularly assigned to train 131/136 so it's a key car for my layout. 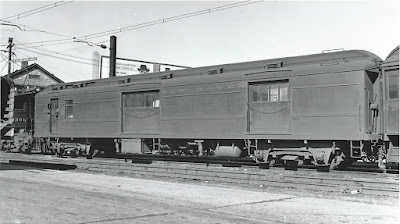 In examining photos it appears that by my era, the mail catcher bar isn't used, or at least not by the time the train gets to New Britain. It may be stowed after passing stations that use a mail crane. I didn't really like the etched parts either, so the simple safety bar seems like a good option.
Regardless, I needed to make the brackets used to hold either of the bars in place. To do this I glued a couple of 1"x2" strips at one end, and then put a piece of wire between them. 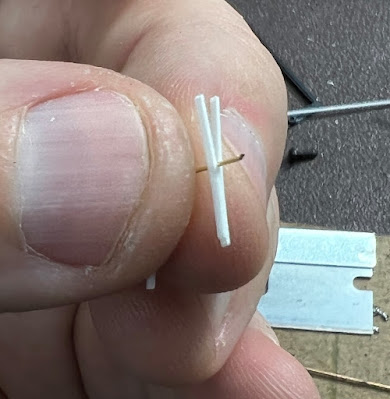 I then glued it on the other side, and used tweezers to squish the top piece to fit tightly around the wire. 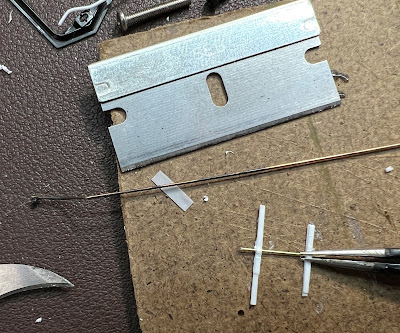 After doing this at the other end, I trimmed them to fit. The wire is moveable, since it's not glued by the styrene cement. 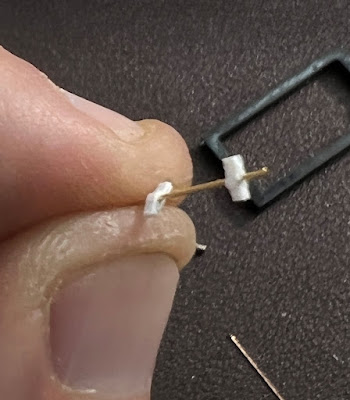 That allowed me to glue one side on first... 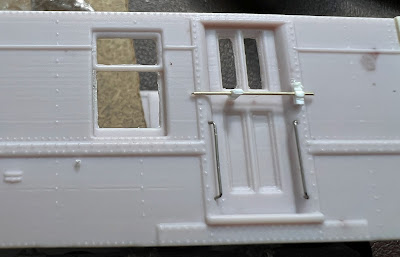 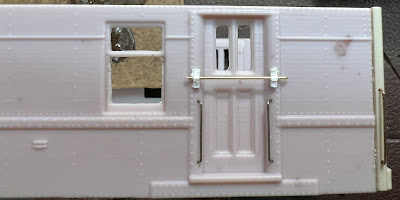 In these photos you can just make out the 3D printing lines which are very, very fine. This is not a resin casting of a 3D printed part. 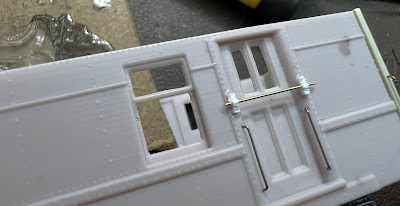 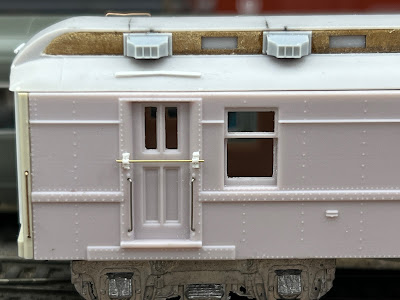