For my birthday I got a new tool. This is from the same company that produced the bending tool I recently picked up. Since I received a free Amazon gift card I decided I'd see how their other tools are. 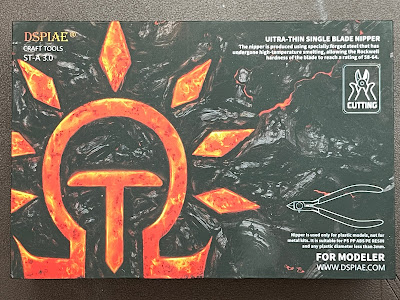 It's packaged in the Apple approach, with a very well-designed box and inner packaging. Although I don't particularly care (and environmentally-minded types probably wouldn't like it), it does give the feel that this is a high quality product. 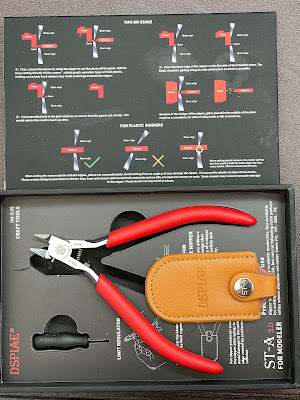 It really is. It works considerably better than any other nippers I have, including a couple of types of Xuron nippers, and some other brands I don't even recall. Although they are sharp, I think the real key to their performance is their design.
In the regular Xuron nippers, the blades meet rather than sliding past each other. This makes it possible to get a flush cut. But they tend to have relatively large wedge-shaped blades that push apart the material when cutting. Like track cutters, it means that one side of the cut is flush, but the other side is more "squashed" and not square. Even worse, if you desprue fine plastic parts in the wrong order, you can break some as the blades push apart the material. 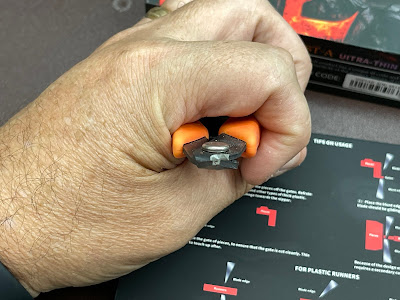 These nippers are similar to the typical Xuron flush nippers. But it has one blunt blade that is a similar thickness to the usual nippers, and a second cutting blade that is nearly as thin as a razor blade. The blunt side works as a cutting surface for the razor. As a result it makes a very clean, stress-free, flush cut. 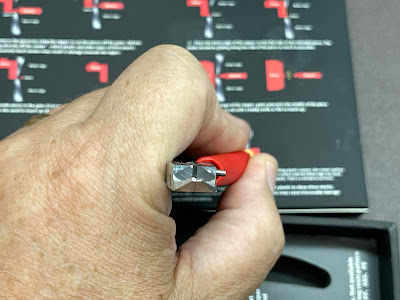 I'm sure this isn't the only brand that makes a nipper of this design, but this is the only one I'll need. The ultimate test for a nipper for me is an old Branchline sprue. The plastic for a lot of these kits has turned brittle over the years. They were tough to desprue cleanly before, but now I've even had an entire passenger car side break just from the force/stress of cutting it off the sprue. These cut it cleanly, easily, and no significantly noticeable stress to the parts.
It even comes with written instructions (in addition to the ones on both sides of the inner packaging), and a cleaning cloth. 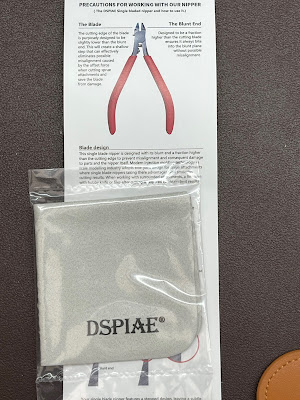 Email ThisBlogThis!Share to TwitterShare to FacebookShare to Pinterest
Labels: Tools