The train orders in the last post were all for the The Cedar Hill (N) - Holyoke (Y) Freights, which ran twice a day through most of the era I'm modeling, All of these trains dropped and picked up cars in New Britain, Plainville, Westfield and Holyoke.
NY-2 was in New Britain around 4.30 AM, and Holyoke about 7.45 AM, so perhaps some will turn up there. It handled perishables for Meriden and New Britain, along with New Britain Merchandise (L.C.L) traffic. It won't be seen on the layout, but leaves a cut of cars at Whiting Street Yard that is waiting for the switching crews when they come on duty.
NY-4 was in New Britain around 8.20 or 9.20 AM.
YN-3 was in New Britain around 2.50 to 3.30 PM, depending on the year. As such, it's the most photographed of these trains.
YN-1 typically left Holyoke around 6.20 PM and was in New Britain around 8.40 - 9.00 PM. This is after the end of the session, but the crews will block at cut of cars to be picked up overnight.
Although listed a symbol freight, NY-4/YN-3 operated like a local freight, servicing Cremo Brewery, which is in New Britain, but on the Springfield Line, along with Berlin and Avon to Southwick, which are all towns north of Farmington on the Canal Line. In years where HDX-5 (the New Hartford local, later NX-25) wasn't running, then these trains also served Farmington, Unionville, Collinsville and New Hartford.
Steam
I have quite a few photos of  YN-3 under steam, starting with  I-4 1367 and NE class caboose C-139 at Berlin station on September 8, 1945. It may have been stopped to get orders, or it might have been heading to Cremo Brewery which was just north on the Springfield line. 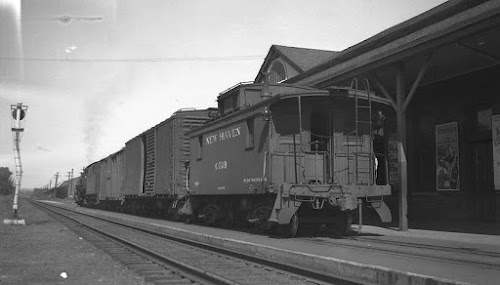 Here it is switching cars on the wye: 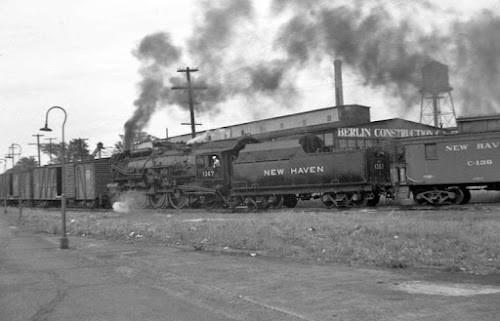 And heading back to Cedar Hill in Kensington, just south of the last photo after reassembling the train. 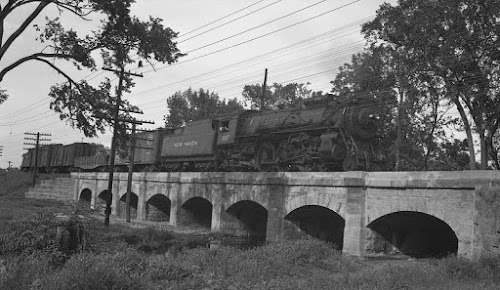 Photographer unknown, but probably Kent Cochrane.
An I-4 would have been an unusual locomotive on this train at the time. As the orders show, it was usually a J-1 such as 3008, seen here in Plainville on YN-3 (date and photographer unknown): 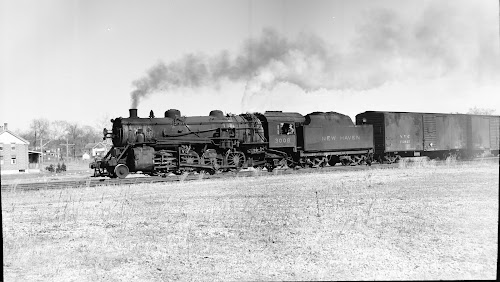 However, I now believe this is a photo of HDX-4, the Waterbury to Plainville local which was noted on April 20, 1948 as using J-1 3010, seen here at the eastern portal of the Terryville tunnel: 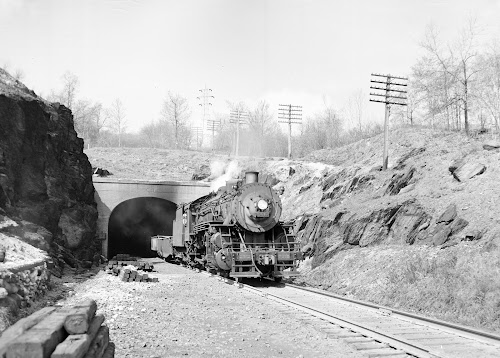 And at the western portal: 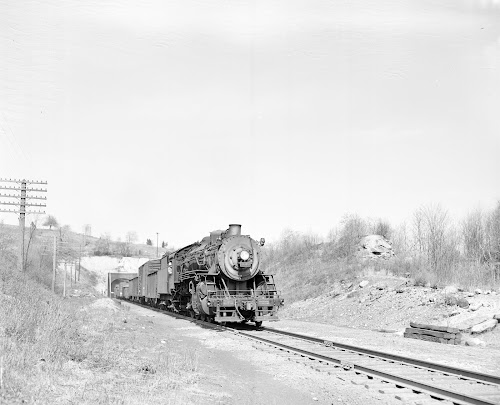 Date and photographer unknown, but c1944-5, probably Kent Cochrane.
On Sundays NY-2/4 and YN-3/4 were combined into a single train, which sometimes required double-heading to get up the grade in Berlin, such as on this June 1940 day: 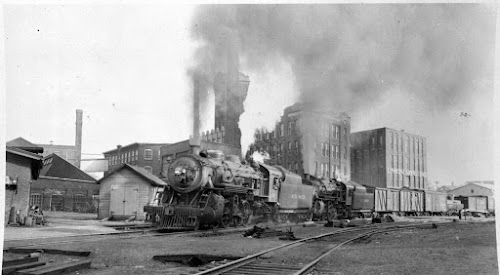 Diesels
These were the first freights running through New Britain that was dieselized, although they would probably be more properly called Canal Line jobs rather than Highland Line, as that's where they did most of their work. These trains came up the Springfield Line, heading toward Plainville through New Britain via the wye in Berlin. due to the Canal Line south of Plainville being single tracked, lighter rail, and with clearance issues in North Haven.
Locomotives 0605 and 0606 were normally assigned the NY/YN freights from 1945 until they were replaced by DERS-2b (Also RS-2) locomotives, numbers 0502 and 0503. In both cases these were specific assignments since they were the only locomotives of their class at the time with Springfield Line ATS installed, which was required for the portion of the run from Berlin to Cedar Hill.
Here 0606 is on YN-3 in Plainville on July 7, 1947. Note the NE-5 class caboose (I can't read the number, unfortunately): 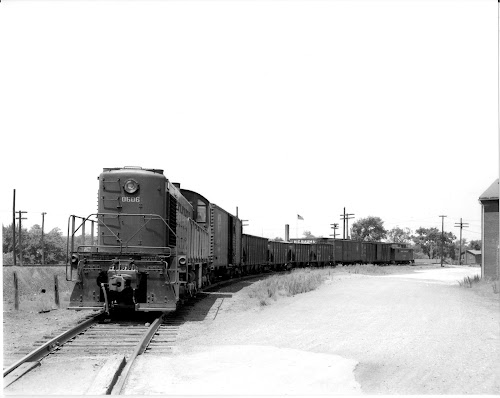 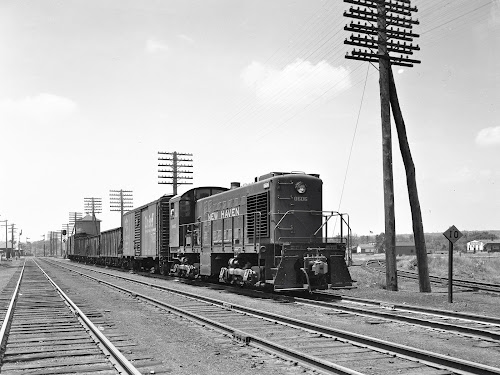 Here YN-3 is at Cook's Quarry in Plainville, just about to enter New Britain, date unknown: 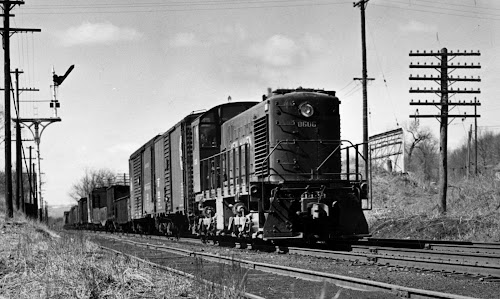 About a mile down the tracks is Wooster St in New Britain where Kent caught NY-4 on Christmas Day 1947: 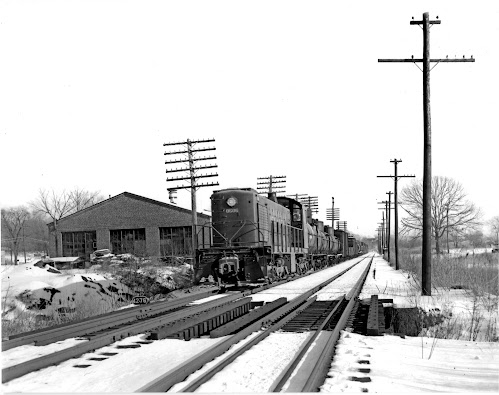 Although the information I have so far indicates 0605 and 0606 were assigned to the Holyoke freights, both the train order and a couple of photos indicate that 0604 was sometimes used as well. This photo was taken at New Britain Station/Yard. 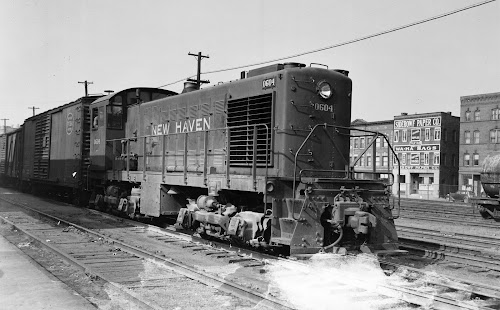 0604 had dual (Shoreline and Springfield line) Cab Signals, and at the time may have been the only other DEY-5 (Alco S-2) equipped for Springfield Line service, although 0616 had dual cab signals by 1950. 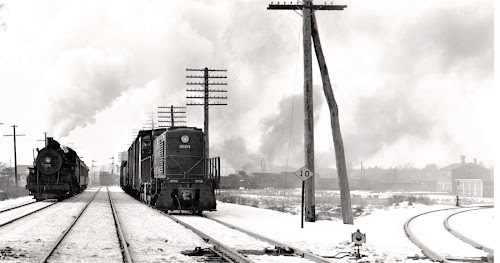 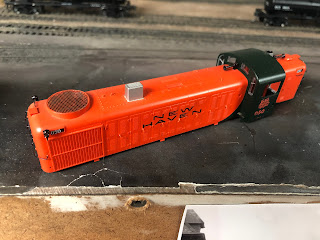 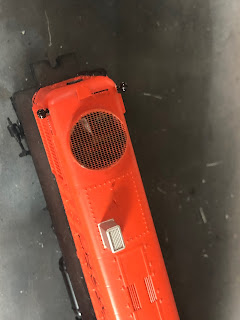 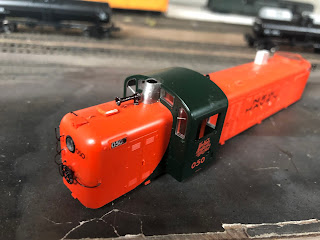 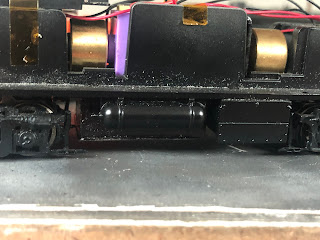 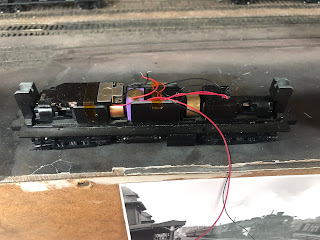 I need to finish the frame and some underbody details and install the decoders. Oh, and a little detail coming soon from my buddy Jim Lincoln... 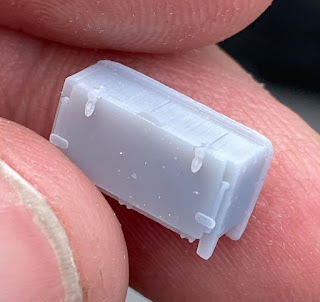