There's a thread on the NHRHTA forum (actually, the second one in probably 6-10 months) on phone boxes. My buddy Joseph informed me that there is one still up in Granby. So here it is. 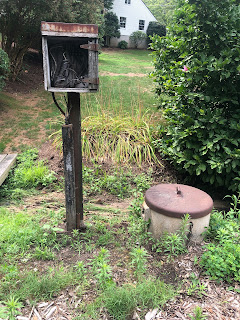 Or not!
Update: Former signalman Al Goff informed me that the round concrete box was for batteries, and the connections inside the box were for signals. So while this looks like the same size as a phone box, apparently it was not. More in a future post...
And measurements in case you want to model one... 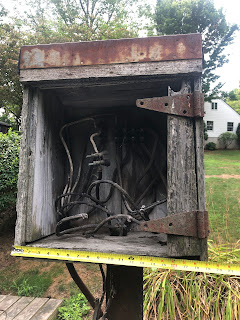 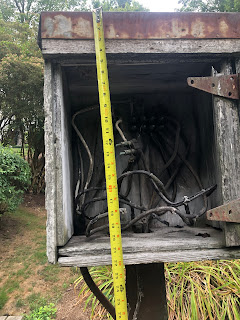 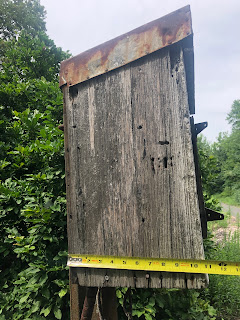 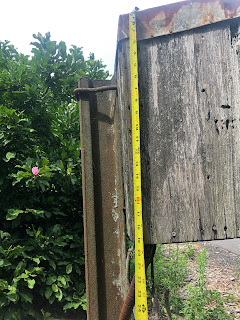 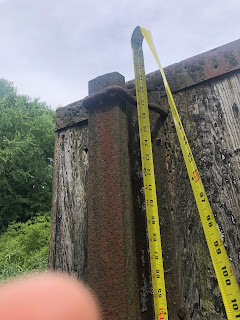 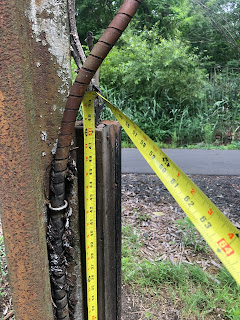 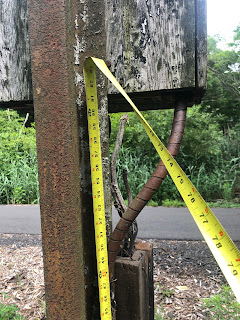 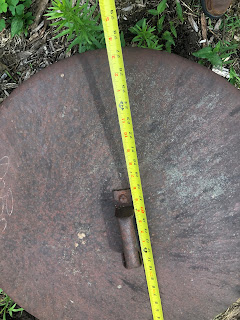 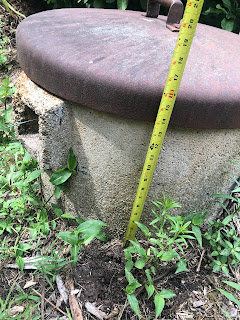 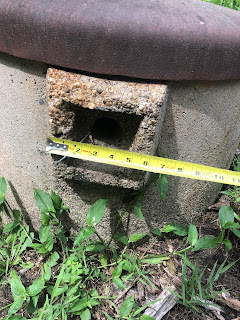 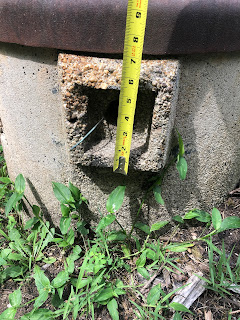 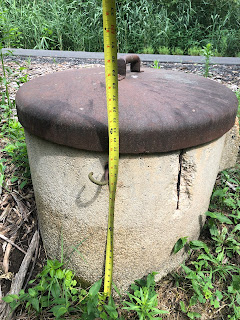 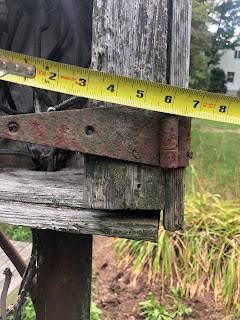 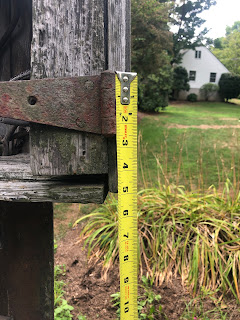 There is a pretty long stretch of track still buried next to the trail, including a lot of rodding (signals? interlocking?). 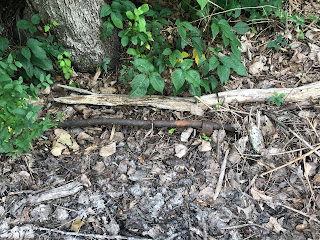 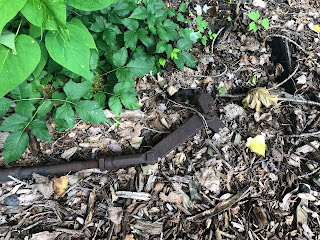 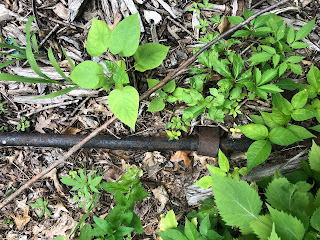 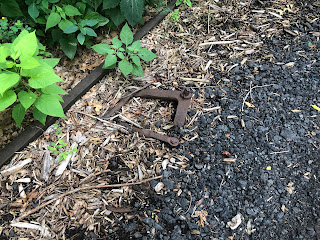 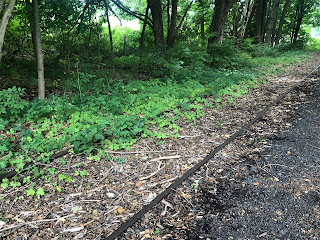 The location is interesting since it's couple tenths of a mile north of the station rather than at the station itself. Maybe this is where the freight house was? I'll have to dig up some maps.
Posted by Randy at 9:27 PM

Email ThisBlogThis!Share to TwitterShare to FacebookShare to Pinterest
Labels: Prototype