The last post detailed the basic construction of the scale track itself. Here's the finishing touches (for now).

After it dried overnight, I was looking at the picture of the Middletown track and noticed that the decking is quite close to the outside rail. This makes sense, since there's no reason in building the concrete-lined pit any bigger than needed. It will also look better in the scene. 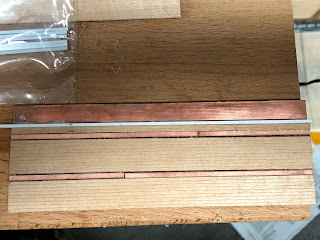 So I cut out some of the decking, and started making the concrete "frame" using 0.060" x 0.060" styrene strip. I then cut off the extra PC Board before continuing with the styrene strip. I also trimmed the wood decking to be flush around the entire scale track.

For most of the frame I need to use two pieces stacked on top of each other for the correct thickness. This also allows me to do the single layer that is needed under the scale house. 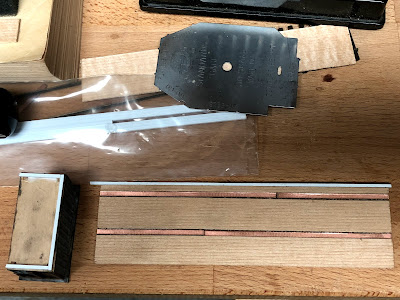 I decided I wanted to permanently attach the scale house to the scale track. In addition, all of this is made of different materials, and I wanted to attach the frame and foundation to styrene so I could use styrene cement for a better bond around the unit. So I cut a base from 0.010" styrene. The PC Board is slightly shorter than the craft foam, so this won't really have an impact on the track. 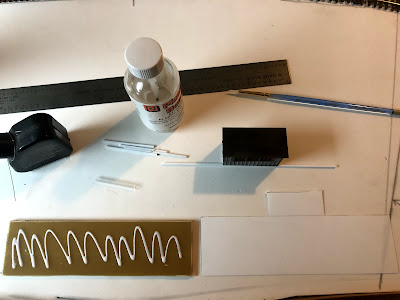 I assembled the rest of the styrene strips onto the base and around the scale track. The scale house is a Blair Line model, built according to the instructions. I considered the Walthers kit, but it has the house with angled corner walls. While some New Haven scale houses were of this type, this one matches the Middletown one better. 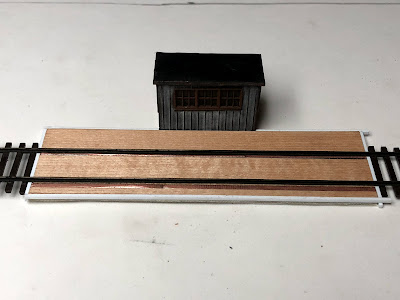 After that, I put the scrap track on it, and tested a couple of cars for clearance. 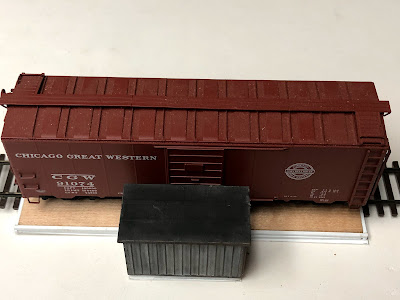 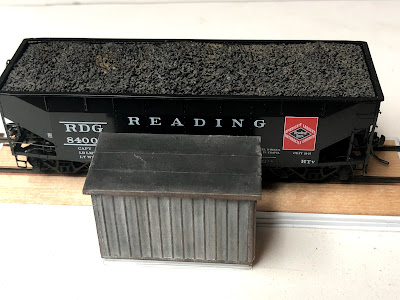 That looked great, so after letting things dry a bit and working on other projects, I wanted to do a quick finish on the decking since the scale house is already finished. Plus, it's easier to do it before it's permanently installed.

I started by painting all of the "concrete" using Tru Color Concrete. I then used the Citadel brown ink, thinned with an alcohol wash I have that already has brown and black inks, plus India ink. It's a very thin wash, though (I use it to dip line poles overnight), and the citadel inks are too concentrated (probably more so since I bought them in the '80s). 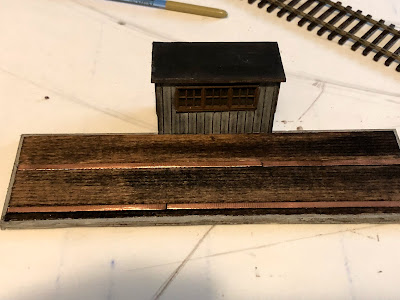 It was pretty dark, so I lightly sanded the deck to lighten it. 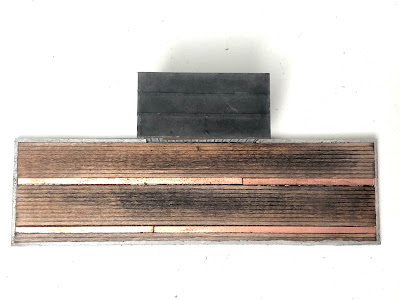 I then went to my usual Pan Pastels for further weathering. These are the colors I used: 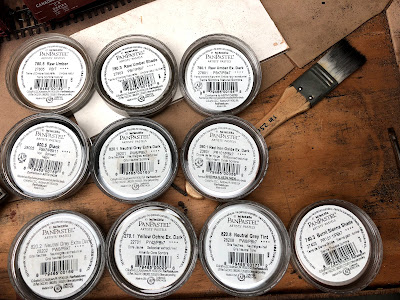 For the concrete I used Burnt Sienna Shade, then Yellow Ochre Extra Dark, then the Neutral Grey Extra Dark, and then blended all of that with Neutral Grey Tint. For the deck, I scribed board ends for 12' long boards, then started randomly coloring individual boards with the mix of colors I had using a small brush. 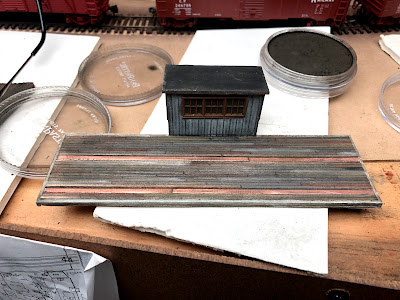 I then wiped down the deck to remove excess and tone down the different colors. I also touched up the scale house. I had originally done an old weathered look. Looking at the Middletown picture, it looks like it's in pretty good shape. 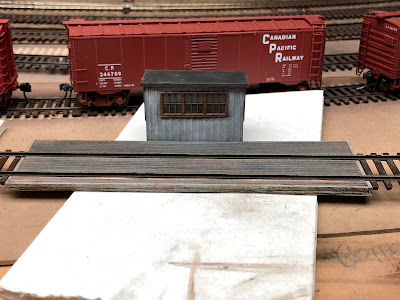 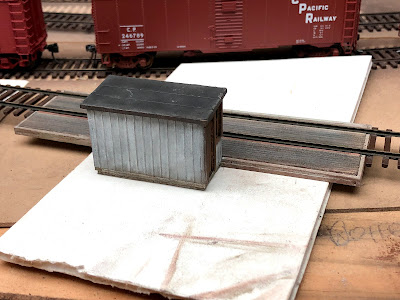 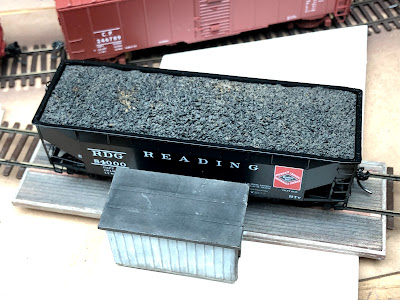 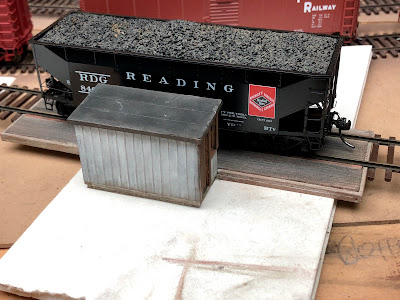 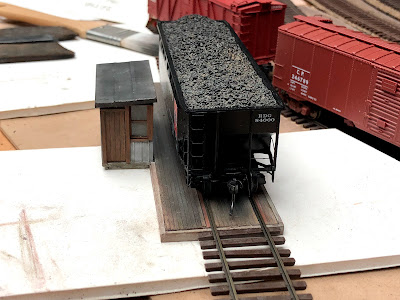 Once it's installed I'll need to make the rain guards. I also need to look at where I'll install the sensor for the Boulder Creek Engineering working track scale.