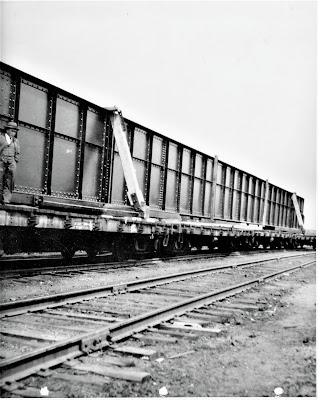 I can't see a reporting mark on any of these flat cars, so I don't have much to say.

But here's a picture from the February, 1942 Along the Line that looks with similar blocking:

These are for the new Hartford bridge, although I don't know specifically which one.
From the June, 1941 Along the Line is another large girder load: 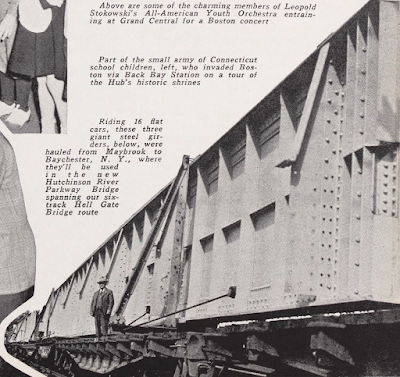 This one indicates it's three girders on 16(!) flat cars for the Hutchinson River Parkway bridge that will span the 6-track Hell Gate Bridge route.
Of these, the only flat cars I can identify are what look to me like the Pennsy F-30/F30-A class in the second photo. While there is the Bowser model (which I carved out the holes in the underframe) and Sunshine models, the forthcoming Rapido car is the one to get at this point.
Obviously, these very large girder loads will be seen during this era as large highway bridges are being built. The required blocking appears minimal, but substantial.
Here's some blocking information for these types of loads from the Loading on Open Top Cars. As you can see from the first page of my copy, this is from the PRR printing of the book. Because it's bound so tightly, I can't get a decent scan, so you'll have to excuse the quality of the photos. 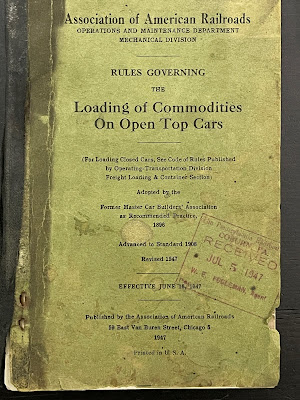 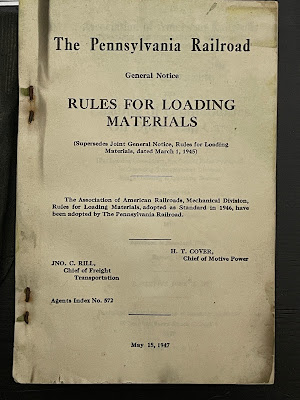 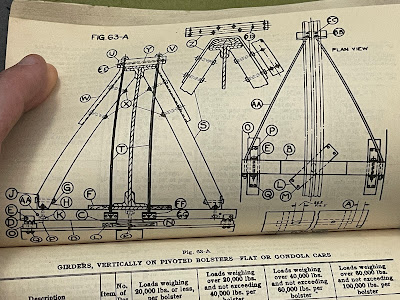 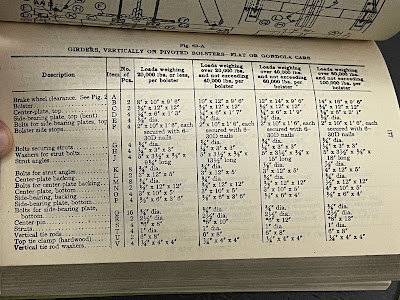 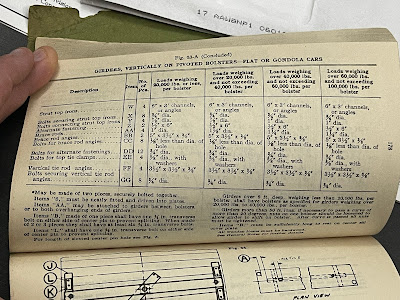