In the first post, I outlined how I determined the dimensions to build the two story crossing shanty at Elm Street.

Once I had the parts, and I had beveled the edges, I used a Right Clamp to assemble the basic tower. 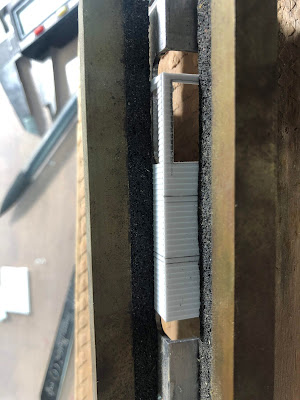 I paid close attention to the belt rails and the clapboard siding in lining this up, since I could easily file the top and/or bottom of the tower if needed. 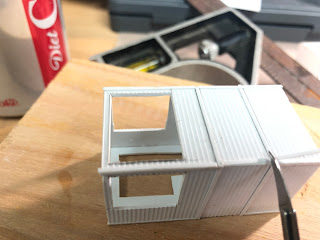 I did the belt rail first, because that looked like it was done that way on the prototype, and then the corner trim. I use a piece longer than needed, glue it in place, then cut off the "handle." 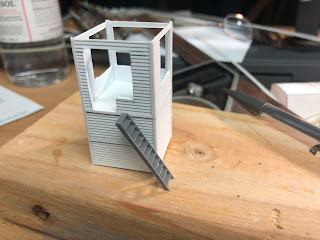 I also test fit the stairs, gluing it on with Aleene's Tacky Glue, and I can easily remove it. I then tested the size on the layout, and it looks good. 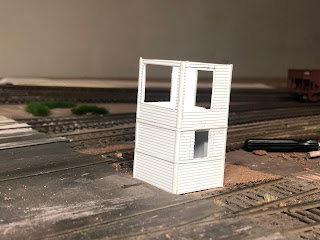 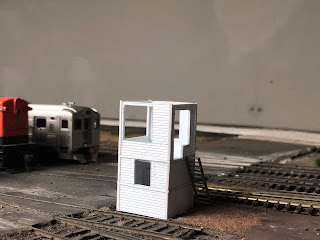 Next I started the roof. Instead of looking up the math online, I started by drawing out the footprint on a piece of cardstock, allowing for a 1-scale-foot overhang. I then measured up a 2 scale foot line up past the center point, and cut out triangles to that point. 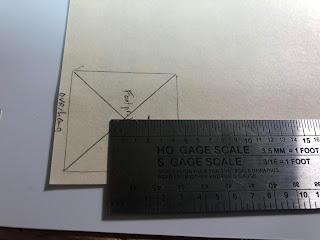 I thought those triangles looked like they would be too tall, so cut out a set of shorter triangles (about 1-scale-foot shorter). I used Aleene's again to glue them together and test. 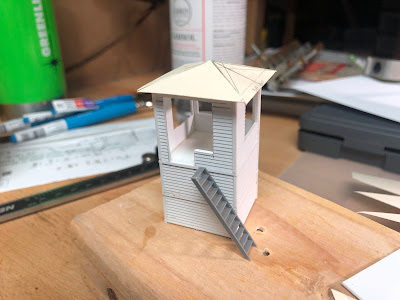 I thought this looked too flat, so I split the difference between the short and tall triangles, and cut the final pieces out of .010" styrene. 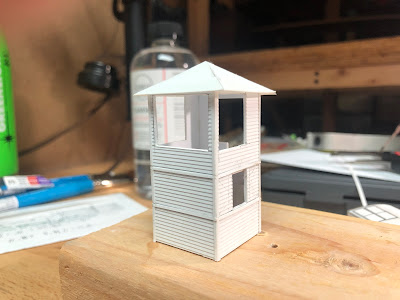 I also added a square piece from .030" styrene on the inside that sits just inside the walls, to strengthen it and keep it centered on the model. 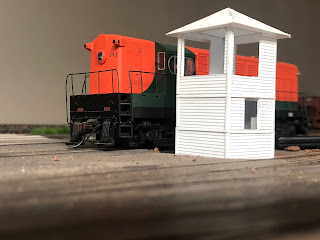 Next up, adding details.
Posted by Randy at 3:30 PM