A while ago, Dick helped me size up the crossing shanty at Elm Street. I only have a few pictures, none of which are great. Most of the shots were in the distance. 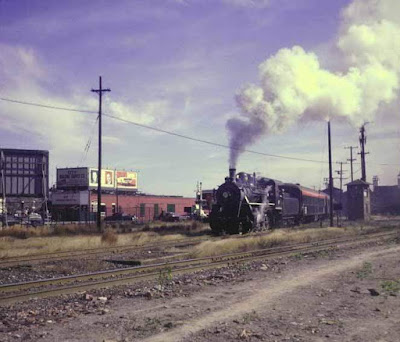 But in a series of photos recording the installation of a new at-grade crossing on Elm Street in 1955, there was this picture: 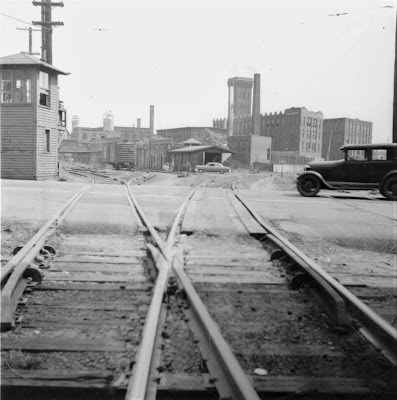 And a second photo that catches just the stairs on the other side: 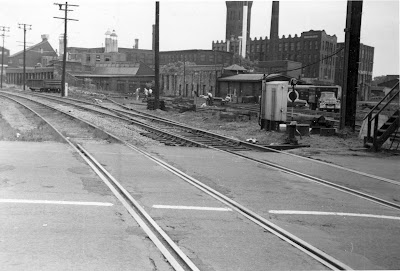 I also found a photo from an old postcard: 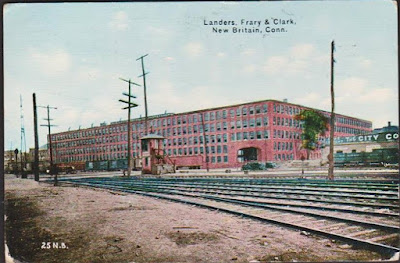 And Bob Belletzkie found this photo from an old newspaper article: 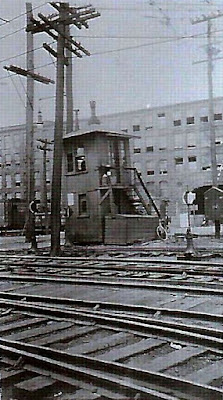 This final one was what provided a starting point. Where I might have used the first photo to count courses of  clapboard siding, he started with something with a "known size." The bicycle wheel.

Using the measurements he suggested as potential, I created a paper mockup. 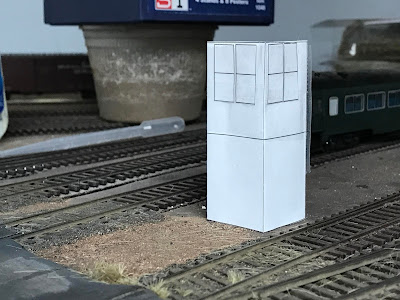 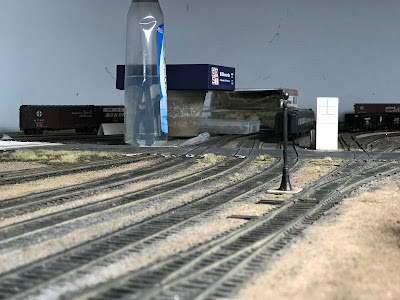 The windows were sized based on some Tichy windows (although I don't recall which ones). I also built a second, larger one for comparison. 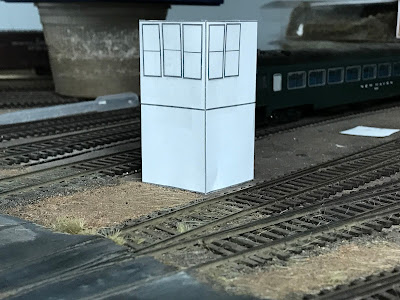 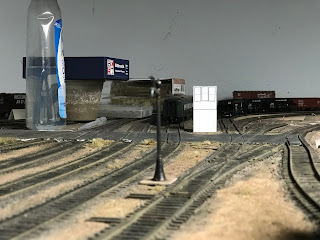 One concern is that it wasn't going to fit in the location where it belongs, and would have to move to a wider space. So I redid the windows on the smaller one, and while it seemed small, it also matched the basic dimensions Dick had come up with. Better yet, it fits where it is supposed to. So that's the dimensions I'll work with, about 8 1/2' square, which makes it about 8' square inside, and about 16' tall at the top of the sides. That general dimension, except for the height, seems to be about right for the single story shanties too, and I'll need at least two of those, maybe as many as five. I know there were double story ones on the Berlin Line in places too, so I might need to make at least one more of these.

Here are the two side by side: 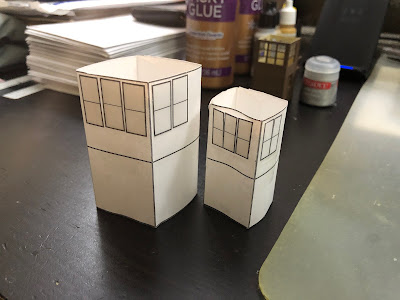 In this context, the small one looks small, perhaps comically so. But as I continued the project I found that Dick's assessment was right on in terms of the measurements, and it means that it fits the layout.

When I was picking up some styrene at Roger's, I noticed he had clapboard siding and decided it was time to start the tower. Besides, I wanted to try some techniques I learned at Ryan Mendell's excellent and informative clinic on machinist's tools.

To start, I  used calipers to take the width of the paper mockup, and scribe the line on the siding. 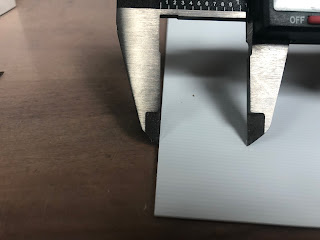 Then I used a scribing tool to cut the styrene. It cuts a 'V' shaped groove, although it can be straight on the side you drag along a ruler. But it is much faster than using a knife or scalpel. 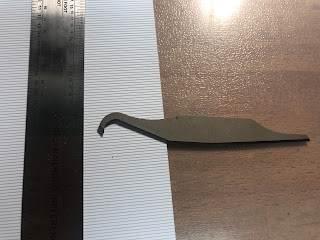 I used the pieces I cut against a straight edge (in this case the thick part of a square) to ensure that they were dimensionally the same: 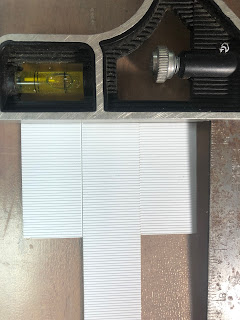 Using calipers again, a took the measurements off of my mockup to transfer them to the styrene parts. 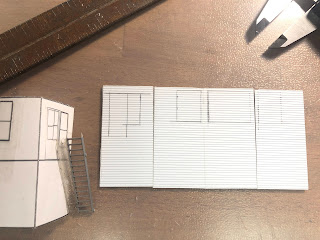 To cut out the windows I first tried the scriber, which worked well enough, but needed the corners to be squared using a file. So I tried using a scalpel with a #12 curved blade, which works much like the scriber, but is very thin. I find it works much better than a standard straight blade, and it also makes it relatively easy to get square corners when cutting out windows. I wouldn't want to do it for the 200 or so windows in the Landers, Frary and Clark factory, but it works well here. 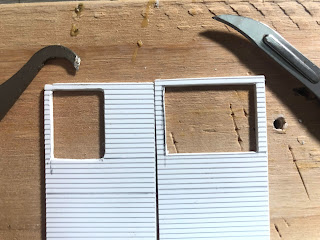 I also decided to bevel the back edges so I could make tight corners. This shows how accurately the windows on the two sides match up when using the calipers. One was cut with the scriber, and once with the scalpel. I also used the calipers frequently to check various dimensions while sizing the holes. 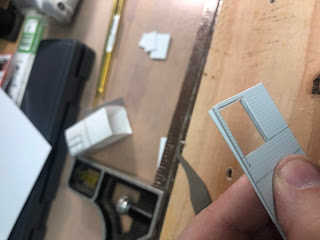 In another clinic, Rich Ramiarz reminded me that you can determine measurements on a picture at an angle by subdividing with an "X." It can also be used to subdivide evenly.

In the picture with the small door (which I don't know what it's for), it looks like it's in the center of the side. I also did count the courses of clapboard to set the location for the belt rails and check the height of the windows. Amazingly, it's the same number of courses.

So I drew an "X" in that panel to determine the center. I then subdivided each of those squares using the same technique. That provided a number of precise points, and I chose the two that looked the right width. The first lines looked like it was too wide, so the inner set of verticals is what set the width of the door. 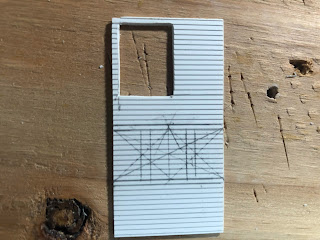 I also decided that it looked like the right edge of that lower door in that picture was in line with the right side of the windows above it. So I enlarged the windows on both sides (the picture above is before I enlarged it). Then I was ready to start assembling the tower, which I'll cover in the next post.