Progress on modeling stuff is largely invisible. I'm continuing to work on the new website, feeders, additional panels to finish off the layout, and working out how I'll finish the space under Whiting St. Yard. I do have a few parts and tools on order to get moving on a couple of other projects in the next week or two.

Since there isn't much to show from the layout side of things, here are a few more pictures from work.

This is an old pipe-connected derail. It looks almost identical to the operating ones that modeling buddy John Grosner has on his layout. 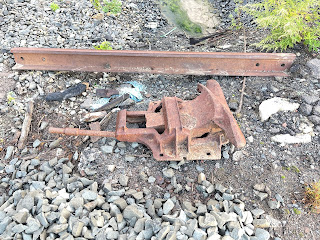 The new poles are going up pretty quickly, at least I think so. Here's a tidbit (I'll let you decide if it's interesting). The state required the poles to be higher (this one is 95' tall) and spaced to allow room for catenary in case they want to electrify the line. I don't think that's likely on a one-train-a-day freight only branch line, but they are thinking ahead. 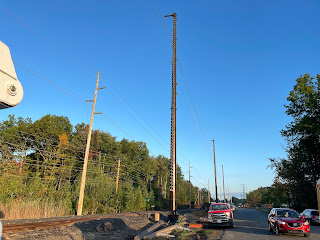 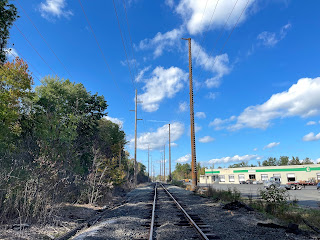 Here's another one going up. 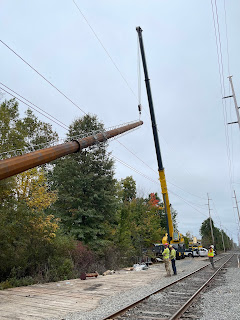 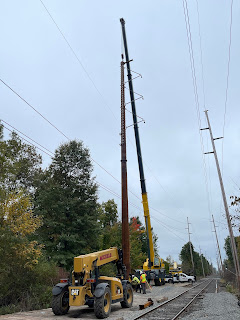 I continue to be impressed with the whole process. There are as many as 4-6 crews working on any given day. The bases for the east side of the line will probably be completed this week. Erecting the poles themselves will slow a bit when they have to work directly from the rail. The outage for the west side of the line isn't until November, so we'll be here for a while.