As my new "part time" job at the Central New England is turning into 40+ hours a week, I haven't been getting quite as much done on the layout. Although I have been continuing to clean up and fiddle around with a project here and there. Last night was Photo Library night down at Chris' as well, so that's always fun. Especially when it turns up some photos that confirm some important modeling info (more to come in a future post on that one).

I've also picked up a few new books recently. I didn't even know this was published by NHRHTA (although apparently Chris has a copy...): 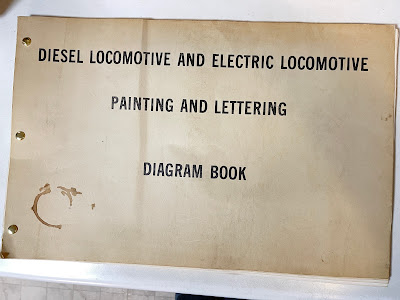 I will be going through it when I have a chance to update the adoption dates for various paint schemes on the switcher spreadsheet.
Two official New Haven booklets followed. 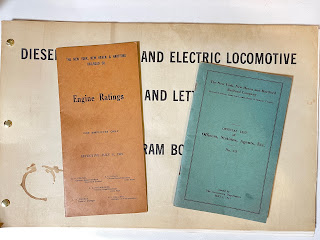 The Official List is the third such one that I have (one of which was issue No. 42 in 1928). This has a lot less information than the earlier ones (no scale tracks for example), but it's still interesting.
The Engine Ratings is interesting, although we sort of had this information already. Some simple math indicates they are referring to 50-ton cars. It provides tonnage ratings for various lines, for fast, slow, and local freights. If you divide the tonnage ratings noted in the Arranged Freight Train Symbol Books by 50, you arrive at the same numbers.
It only lists steam locomotives, although there is one notation referring to "motors" which is usually a term that references the electric locomotives:

"Single motors should be limited to fifty (50) cars either loaded or empty regardless of tonnage,"

Ratings also change due the weather and for low grade and high grade routes. The maximum number of cars varied quite a bit. For example, a slow freight on the Maybrook to Waterbury and New Haven runs with an L-1 was a maximum of 76 cars. The Valley Line with a K-1-d? 19 cars on a local freight.
The last book is Highways & Byways of Connecticut which was published in 1947 by G. Fox Co. as part of a celebration of the company's one hundredth anniversary of its founding in Hartford.
It's an overview of CT with chapters on Towns and Cities, Mountains, Governors, and Industries. Interesting, and will certainly help identify other potential directions to research. 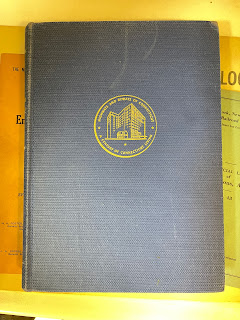 Apparently this started as a series of 5-minute radio vignettes on WTIC radio, and they were popular enough to expand into a book.

Email ThisBlogThis!Share to TwitterShare to FacebookShare to Pinterest
Labels: Research