Diners on the Highland?

No regular trains on the Highland used a diner or even a grill car. However, last week I posted this photo: 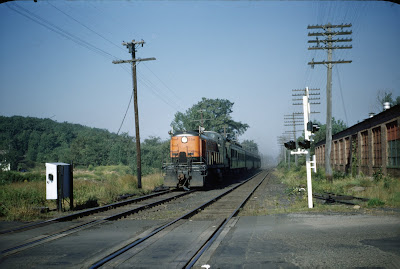 It's a slide of DERS-2c (RS-3) 554 on an extra running eastbound at Wooster St. in New Britain.
If we look a little closer: 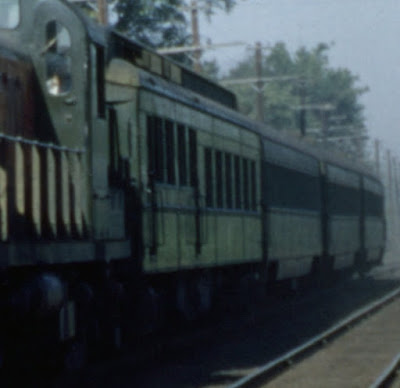 This train has a diner. I don't have a date for this slide, but the DERS-2c is in the delivery scheme. I haven't seen any photos of this locomotive in any other scheme, but it is in good shape so I'm considering it plausible that it's within my era.
Are there any diner models available?
At one point a brass car side set was available, and I had one, actually. I don't remember which diner it covered, but I figured Chris could use it more than I. I think Bill already built it.
But at Springfield this year, Bethlehem Car Works had a new model. This is for the deluxe diner, for which the New Haven had two: Dreadnaught and John Bertram. It seems like the other diner, 5239-5346 would have been a better choice, since they had eight of those.
Which one could this be? Here's the plan for the steel diners 5239-5246: 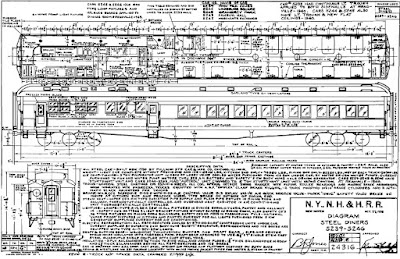 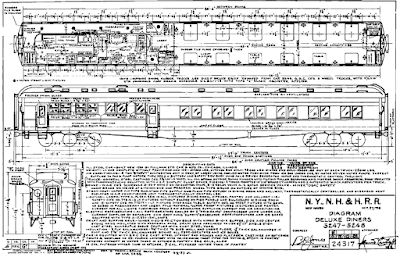 The regular diner sat more people, with the tables closer together, and thus had 7 windows on the kitchen side of the car. The Deluxe diners only had 6 windows since the tables were spaced farther apart. Examining the picture reveals that it is, in fact, one of the Deluxe diners.
Looks like I have another Bethlehem Car Works kit in my future. Too bad I didn't notice it before the Springfield show when I stopped by to say hi to John.
Posted by Randy at 10:02 PM