I originally ballasted and scenicked the area around the west side of town and the yard based on photos like these: 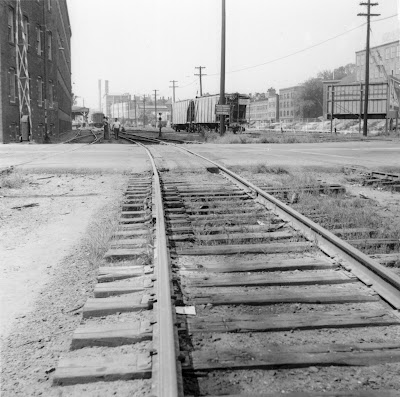 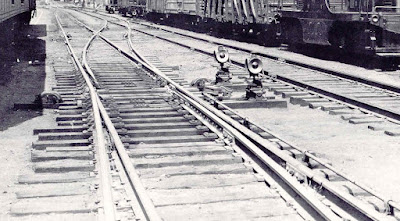 The ballast is the stone (basalt) that I expect, a relatively dark gray. The ground around it is lighter and looks like dirt. 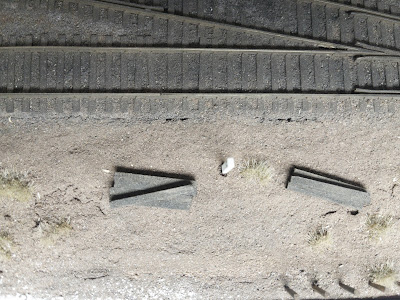 The thing that bothered me about this, is that dirt turns into mud very easily and isn't typically a good choice in a yard, or immediately around the tracks. I know there are plenty of areas where this is appropriate, but it didn't seem like the yard and running through New Britain is one of them.
But color photos, even those from a few years later, tell the true story. It wasn't dirt, but cinders. In fact, I had expected this, but since the ground was lighter than the stone ballast in the black and white photos, I thought it was just dirt.

For some time, I've been debating what I think I should do (if anything) regarding the ballasting and ground cover I had done before.
I had some more recent posts here and here regarding ongoing experimentation with ballasting. The problem is, they look quite different (and better) than what I had done earlier.
In an unrelated project, I wanted to adjust the width of Main St. and Elm St. In the process, one of the tracks popped up due to contraction once freed from the Main St. crossing: 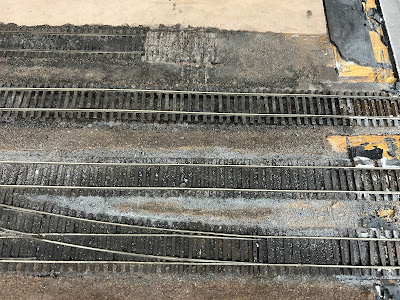 Since I had to clean the ballast from around that track, I started cleaning some more. (You can still see the white film on the base that has been occurring when I tried using grout on my layout.)
In the end, I have removed all of the ballast and most of the ground cover from west of Main St. I will most likely do the same for New Britain Yard, but not until I am sure that I have finalized my ballasting process.
As good as the last few experiments went, they still weren't quite there. So here are some new ones: 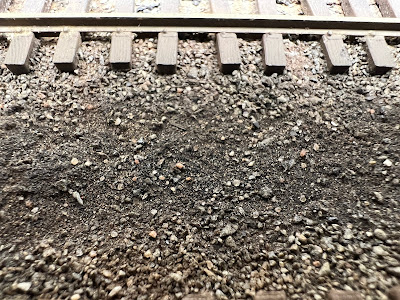 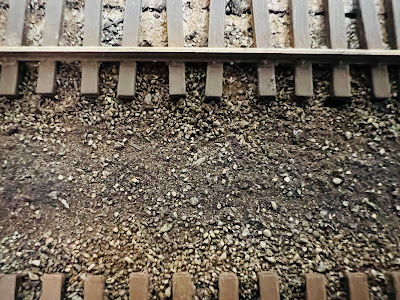 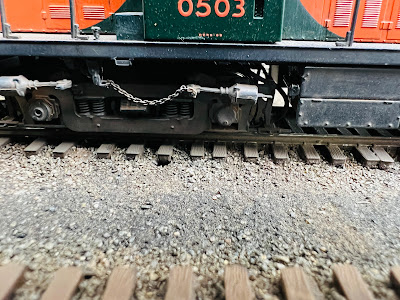 These results are much, much closer to what I'm trying to achieve. I'm also working through many options for weathering the ties and rail, since I think the colors and textures all have to work together, from the ground cover to the rails.
I'm still working on the cinders. What I have is too large and/or too dark, but I'm getting closer.
The biggest key to the new look above is a blend of multiple sizes of ballast. Most of it is the primary size I've been using, but there is some of one size smaller and one size larger mixed in. I've also included some ballast tinted brown, which doesn't come through on the photos as much as it does in person, plus some cinders. 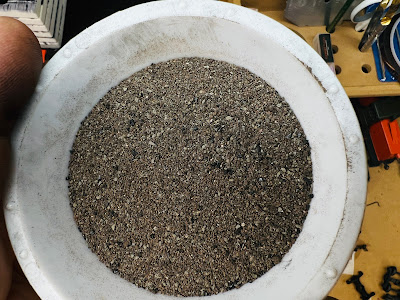 I will provide further details once I dial in the cinders mix and the coloring approach for the ties and rail. I have trackwork and wiring to do first.
Posted by Randy at 12:48 PM