What else am I working on? Ballast as usual...

On a recent trip to Plainville I was there at just the right time to catch the Pan Am train on the old Highland Line:
I decided to head to Forestville to see if I could catch it there. I didn't, because it parked a little before it got there for some reason. However, thinking about it this would be the train that would interchange cars in Plainville, not work the industries on the Highland and lower Canal Line. So for whatever reason they just weren't ready to do their work. They would be on the other end of the train if they were done, to head back to the Springfield Line in Berlin. As it turns out, Jess and I saw a much longer one a a couple of days later sitting at Cook's Quarry on the border of New Britain and Plainville. It was also just waiting there at the time. Being a single-train, single track main it's odd that it was waiting there. If it needed clearance for the Springfield Line I would expect it to be waiting right at the wye.
In any event, in Forestville I was looking at a stretch of track and took a few pictures for reference for ballasting: 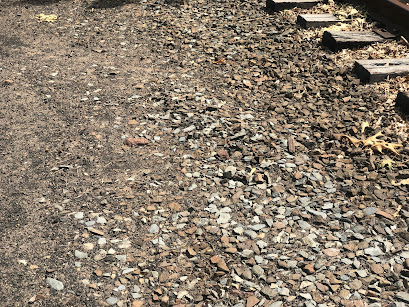 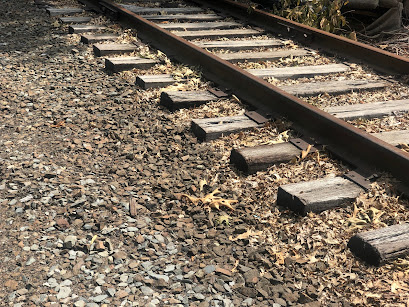 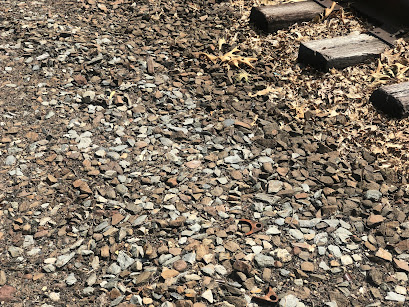 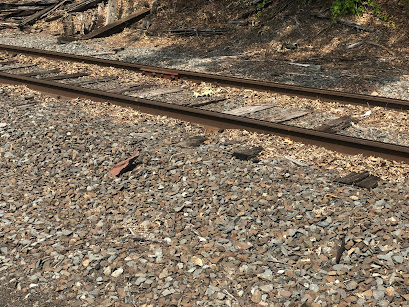 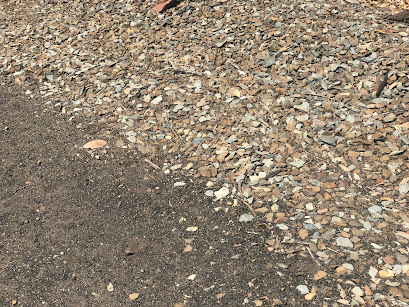 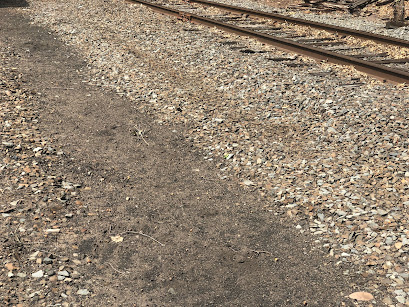 I took a closer look at the darker material and found flecks of coal. It's actual cinder ballast! 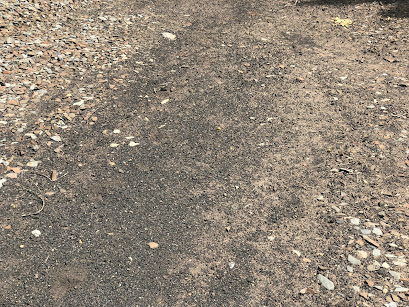 So I looked around and found a discarded bucket and brought some home: 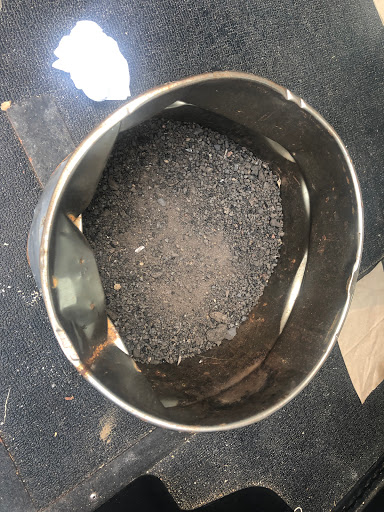 Here are a couple of experiments with it after I sifted it: 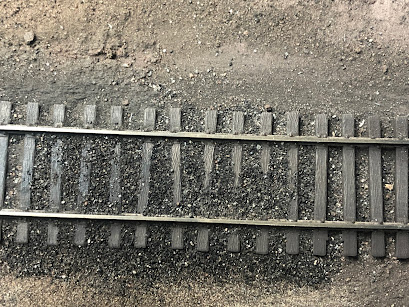 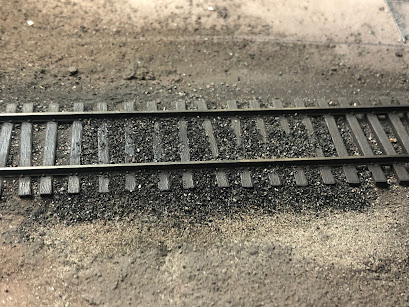 And another section just between the rails with a bit of a different mix: 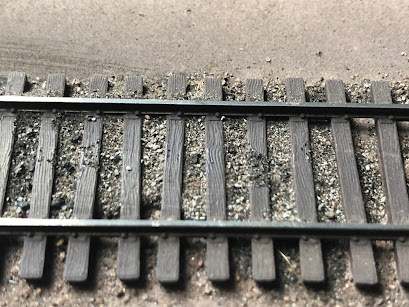 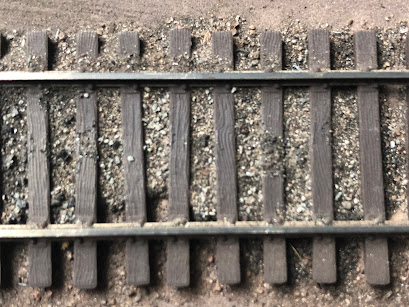 In addition to trying to develop a mix for cinders and dirt I like, I also think I need to mix some different sizes for a less uniform look than my earlier experiments. Especially along the edge where the maintained stone ballast meets cinders and dirt. Another issue is combating the fact that the material darkens when glued, which tends to make cinders by themselves too dark.
Another thing I'll work on adding are dried leaves in some areas, since I'm modeling early November.
A little later I also stopped by Tilcon to replenish my supply of stone ballast. The process is simple. I got a set of 5 stacking screens, with 120, 130, 150, 170, and 1100 holes per inch. They fit a standard 5-gallon bucket. You put the one with the smallest holes (1100) on the bottom, and progressively larger holes on top of that. I put a small shovel full of material in the top one, then shake the bucket to screen the material. As I fill containers, I label them with the two screens, such as 130/150, meaning the material passed through the 130 screen, but not the 150.
Here's the set up at Tilcon: 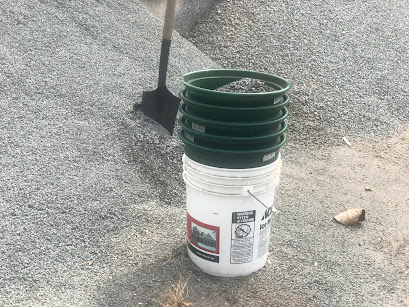 At Tilcon, you drive in and weigh your vehicle. I then go to the screenings, and start sifting. I spent about an hour today, and refilled my supply pretty well.
The cost? 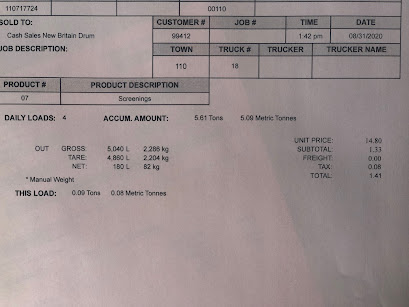 $1.41 for 5 sizes of material. The screenings that go through the 1100 screen is basically dust and is fantastic for dirt and cinders in HO. For ballast my primary size is the 130/150. For some reason the size that is always the least that I get is 170/1100, but I don't seem to need much of that either.
Posted by Randy at 5:43 PM