I pulled out a kit I started a while ago, the Speedwitch L&M USRA clone gondola. At the time I was having issues getting the ends glued on.

The problem (I should have taken a picture) was two-fold. First, the ends were slightly warped top to bottom. Second, the sides had warped inward. Because the original frame is cut out to accept the new ends, probably combined with the styrene boards I glued to the styrene bracing, the sides had bowed in quite a bit.

In both cases, with some fairly firm bending, I was able to correct the issue enough so they weren't all pulling in different directions when trying to glue the ends on. I also learned that CA actually has a shelf life at which point it's effectiveness decreases. I had purchased an entire box several years ago, and even though I was using newly opened bottles, I decided to go with a fresh one I purchased recently. 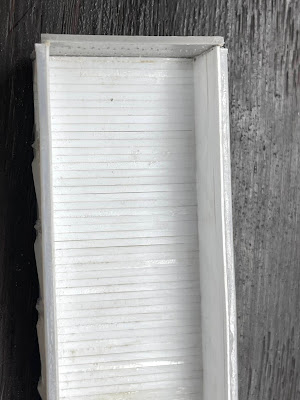 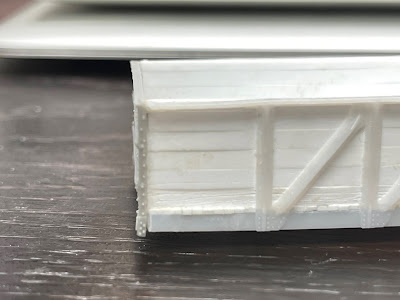 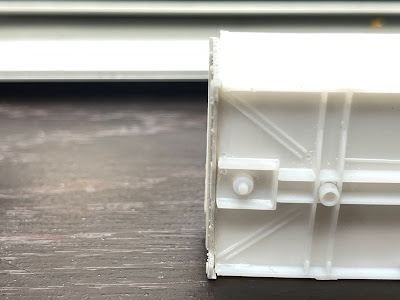 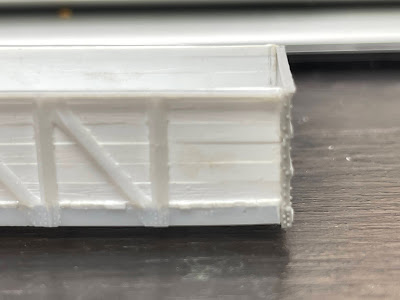 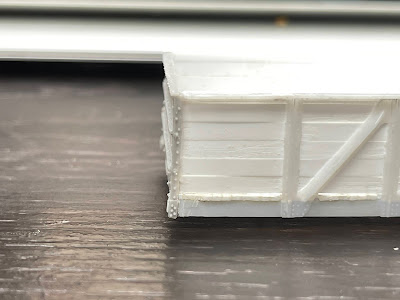 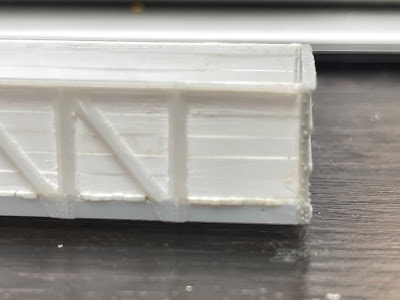 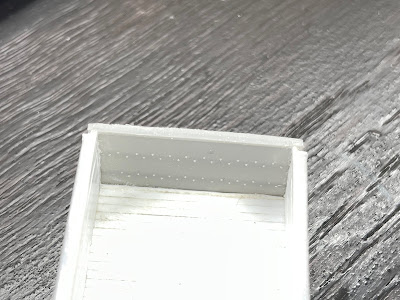 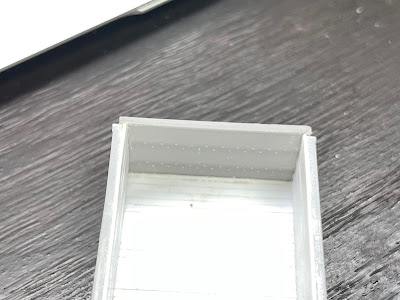 How much work is left depends on how much more of the detail I want to add. Ted's described what he did here. here, here, and here. I don't have the set of punches he uses (yet...), but I'll probably do most of the other details.