We were able to get together at Chris' last night for the first in-person NHRHTA Photo Library in over a year. So it seemed like an appropriate time to share a photo or two.

Most likely another Kent Cochrane shot, this time at Berlin c1947. 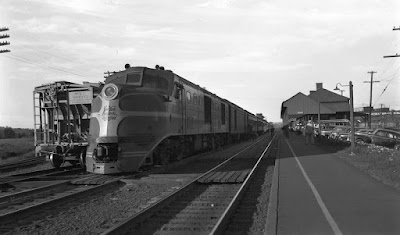 DER-1 (DL-109) of an unknown road number since this particular scheme didn't have it on the nose. It's on the westbound (southbound) Springfield mainline.

Also of interest is the NYC covered hopper S81352, and just behind that you can see the turnout that firms the west end of the house track and a runaround. What's not clear in this picture is that the track the car is sitting on also curves toward New Britain, which is the actual west leg of the wye.

You can see the tracks in the valuation map below: 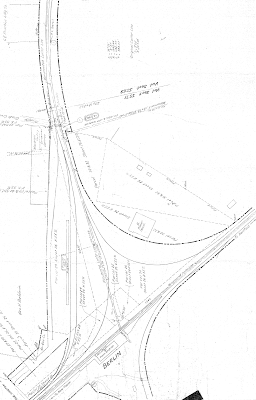 The track to the north is the Berlin Line, heading to New Britain. Toward the northeast is Hartford, and southwest is New Haven.

This is the line that is still in use today, and is always an important part of operations on my layout. the NY/YN trains come up the Berlin Line from Cedar Hill, and in later years so does the New Hartford Local. 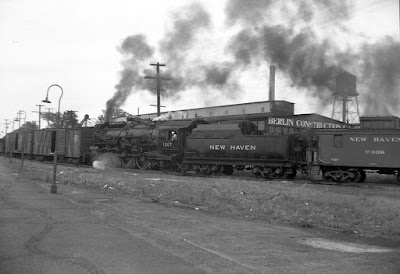 Interestingly, the car on the pilot is a PRR X26, a USRA single sheathed car. Available soon from Rapido. The car in front of that is a little shorter, but of similar construction. I can't place it, though.
I initially thought this was on the west leg of the wye, but upon closer examination of the map and the aerial photo below I determined that was incorrect. 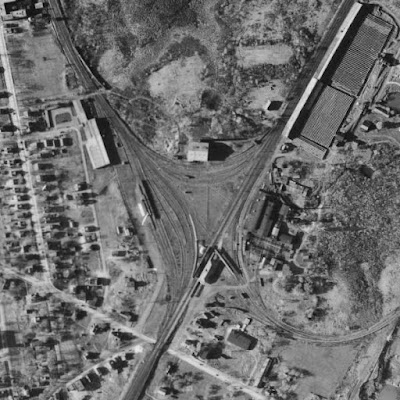 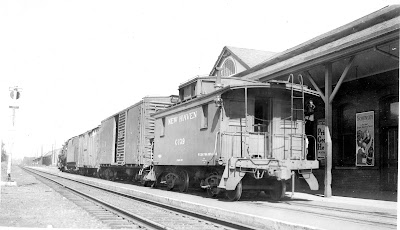 Still can't make out the single sheathed car (and indeed, I don't know the sequence of photos. So that could be an entirely different car before or after any switching has occurred). The L&N car is interesting, though. The Murphy end and the inset side sills betray its heritage from an earlier era. The L&N had a large fleet of 1924 ARA Standard XM-1 single sheathed box cars built between 1924 and 1930. Starting in 1939 and through 1941 they rebuilt the majority into steel cars with the same dimensions as the current 1937 AAR Standard. A spacer with 3 additional ribs was added to the top of the ends. A resin kit was produced by Sunshine (64.10-13) for these cars.
Here's the train heading westbound toward Cedar Hill: 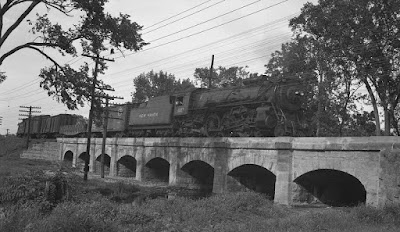 Although I've shared these three photos before, they are great shots. This time it's definitely a different single sheathed box car. The angle brace on the door is mounted lower than the other photos. I haven't been able to identify the cars in this shot, but it's representative of the great mix you'd see in the late '40s.
It's harder to see which tracks remain in use in the 1951 aerial: 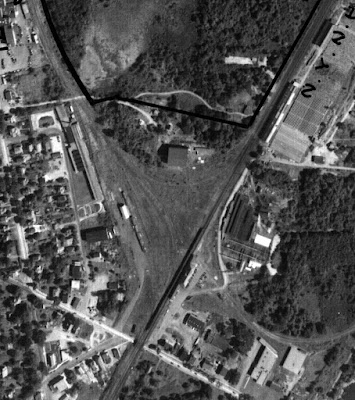 But it appears all the primary tracks are in use. It really doesn't look all that different in 1965: 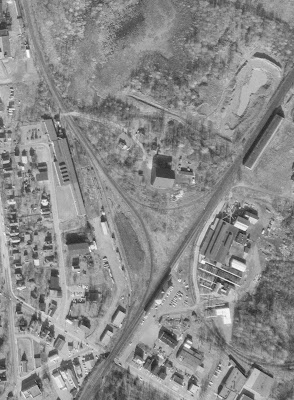 It appears all three tracks on the west side are still in use. If you look carefully, you can also see that there are several cars in Berlin Construction (or whatever the industry was in 1965), accessed via a switchback track that we see the I-4 using in that earlier photo.
Most of those buildings are still there today: 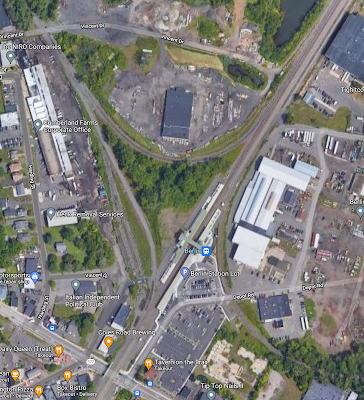 Note that only the east leg of the wye is still in place. The Springfield main was re-double tracked over the last few years. Unfortunately the station, which had been renovated, was destroyed by fire several years ago.
At one point I wanted to model the Berlin wye. The idea was to have a loop of track around a room as the Springfield main/staging. That way I could have the long passenger trains behind DL-109s, plus the trains coming up to New Britain. I could conceivably have modeled Newington Junction further to the east as well. I didn't have room for this, but Chris' Saybrook scene is basically the same concept.
It was the valuation map/aerial photo that clued me into how much space I would need to model just this scene. The wye is huge.
Posted by Randy at 12:04 AM