Some time ago, I realized that I hadn't assembled the Speedwitch Southern low side gondola properly. I had installed the bottom floor too low (there's a top and bottom, with a weight sandwiched between them). This was in part due to the weight I had used. I had some thin lead sheet, but it wasn't think enough.
Because I was trying to be clever, I had not only attached the handbrake rod to the brake cylinder with a chain, but it ran all the way to the brake staff and was attached to that too. That complicated removing the floor, but I decided it would be easy enough to reattach the chain to the staff when I was done.
So yes, here's a fully assembled resin kit (not painted though), that I have partially disassembled. 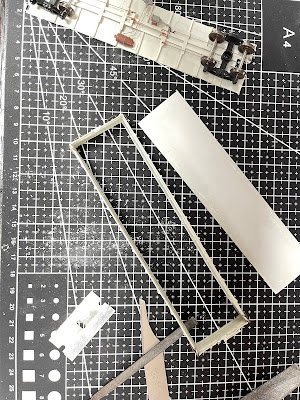 I needed to scrape/file all of the glue off. 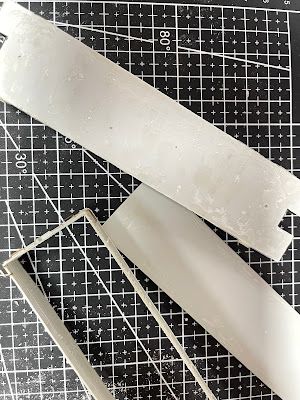 While I was working on it, I was chatting with my buddy Ron, who informed me that his copy of the kit is in pieces because it was very brittle (Ted's/Speedwitch's first kit). I commented that I was surprised at how flexible the resin was, then promptly broke one of the sides... 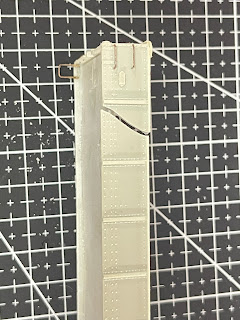 I glued the top deck in first, to work from the bottom. 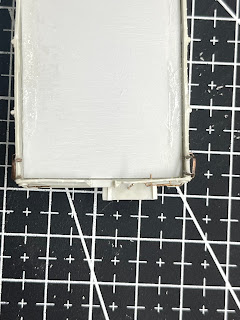 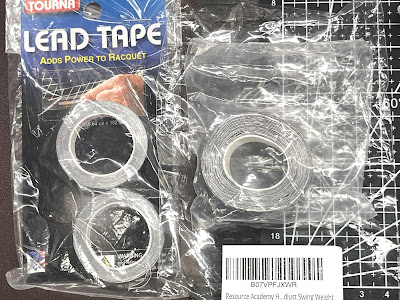 One of the reasons I picked this back up, is I wanted to try a product I hadn't ever seen mentioned in the hobby press. Lead Tape. This is made to weight/balance tennis rackets and/or golf clubs (which might explain why it never showed up in the hobby press). It's very thin lead, backed with an adhesive.
In this case I have two weights/thicknesses, both from Amazon. Of course, I realized after I started gluing it back together that I hadn't taken a picture in use. But I used the thicker tape down the middle, and the thinner along either side, figuring that it could bow up/down a smidge without a problem if needed. 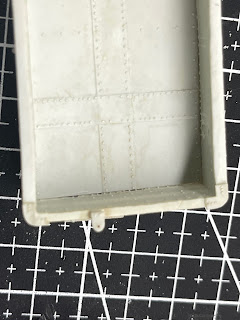 One issue I always had with this kit was that the sides/floors didn't mate well. Of course, I should have followed Ted's lead in correcting this. 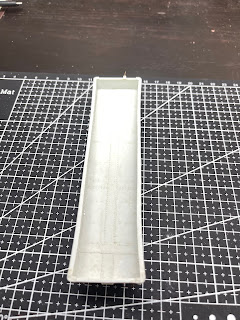 Yep, I took it apart again...so I can show you the lead tape. 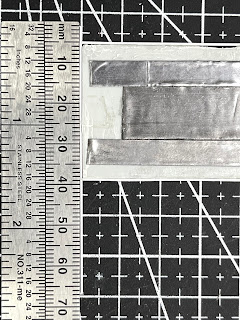 In the process, of course, there was some damage to the floor this is evident when I glued the styrene strip along the side as Ted suggested. In my case, I needed to widen it much less than Ted, so even though I used the same size, I ended up sanding it to about half the thickness away. That's OK, because it ensured a good fit.
But what to do about the hole? 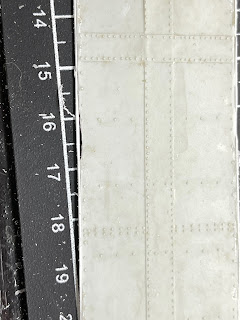 I recently picked up some of Vallejo's plastic putty. In addition to the tube here, it comes in a 17ml bottle like their paints and that seems to be slightly thinner. It's a thick acrylic, so it's extremely fine-grained, well, there's no grain that I could detect. It's very pliable and easy to work with, more like a very thick gel than a paste and now is my go-to product for this type of work. 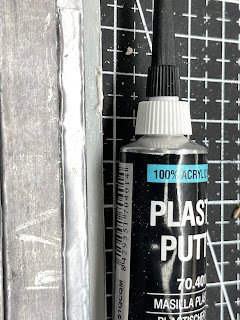 I just squeezed it into the gap, and used a razor blade to scrape it flush. You can see that I also had to lengthen the deck with styrene too. The spaces that are missing are to fit around sill steps, etc. 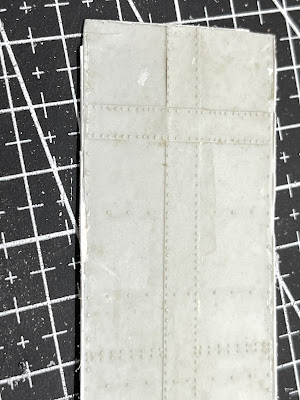 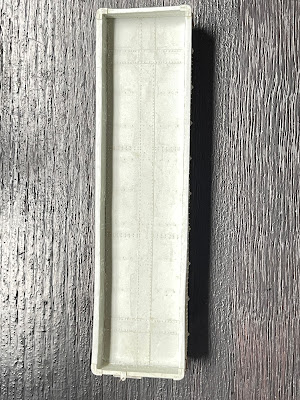 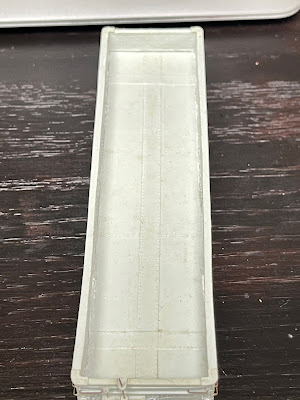 Did I need to correct the issue with the floor? Of course not. Very few people would even know that it was mounted too low, and they would have to notice that fact when they saw the car. It wasn't easy to see. This is largely an exercise in improving my modeling skills and seeing what I'm capable of. But I am quite happy that it also largely fixed the bowed sides.
Since this is to be a black gondola, with a painted floor, I'm looking forward to it being good practice for airbrushing and weathering where I don't have to worry about trying to match colors. That will be coming shortly.
Posted by Randy at 1:16 PM