One of the other decks that I'm working on is a resin deck for a Sunshine Rock Island flat car (Kit 45.9). Since I don't have color information for Rock Island cars, I decided to start with an Intermountain Modified 1937 AAR Standard Box Car model: 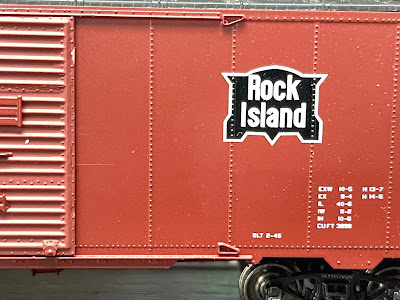 I then tried matching the color by mixing up some colors, something I find a challenge. But I started with a color that I had and thought looked pretty close (Vallejo 70.814 Burnt Red), and then worked through a number of variations. I mentioned before that the process is quite easy, since Vallejo uses dropper bottles for their paints.

So I started with 5 drops of the base, and then added one drop of this, one drop of that, recording each so I can recreate any of these colors in the future. So far I haven't gotten the RI color, though. 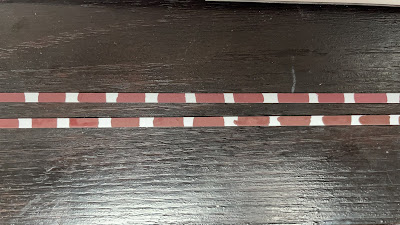 One of the strips consists of a line starting with 5 drops of 70.814 and then adding one drop at a time of 70.872 Chocolate Brown. This gives a nice range between the two, both of which look quite good for the steam era cars (just not sure which specific roads yet).
More Colors
In theory, if you're good at color matching, you only need a few paints and can mix pretty much anything. In practice, at least for me, it's easier to start with a color that is close and then try to figure out how to shift it. My hope is that the more I do this, the better I'll get at it.
So I picked up some Tru-Color paints, which I many just use as is, but I also wanted to start trying to match them with Vallejo for options, and also for the benefit of others. I also picked up more colors of Vallejo.
The first that arrived was the Tru-Color TCP-250, a Lehigh Valley Freight Car Brown. I found that Vallejo 71.036 Mahogany mixed with 71.003 Red RLM23 gave a rich box car red, but wasn't quite right. After experimentation, I found that using some orange shifted it in the right general direction, but to make it a little browner needed some green.
In the process, there were two other things I found helpful. First was to pour a little of the Tru-Color paint into an adjacent well in my palette. That way I was comparing fresh, liquid paints, instead of wet against dry.
After that the color seemed to shift quite a bit and was less of a match when wet. So I added a gloss coat (Future) to the Vallejo acrylics so they had similar finishes.
After receiving some more paints, I cut up a sheet of Plastruct "sidewalk" styrene to use as paint chips. Here are some examples.
You'll note I only put a gloss coat on half of the Vallejo chip.
The mix is (in drops) is:
The labeled ones are Tru-Color TCP-250 1935-1950s LV Freight Car Brown and TCP-186 L&N 1944-1960 Freight Car Brown. 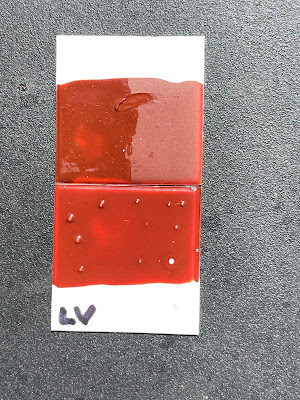 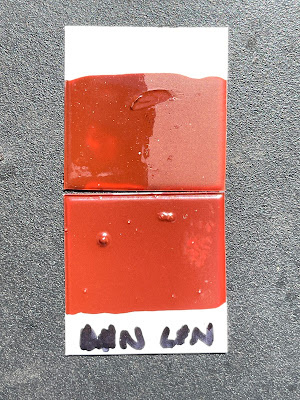 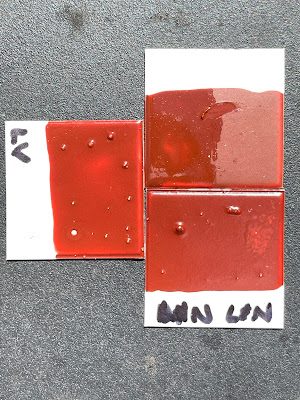 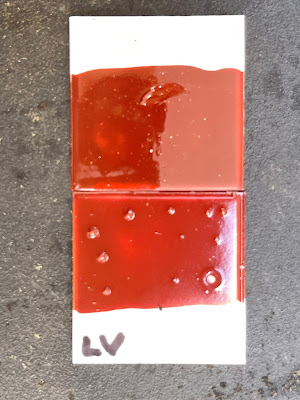 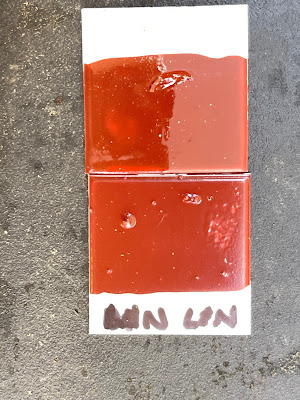 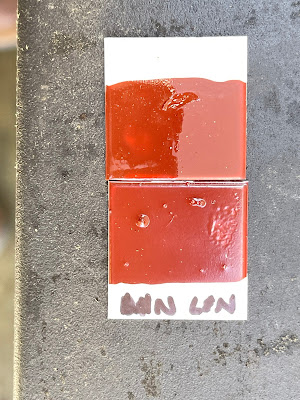 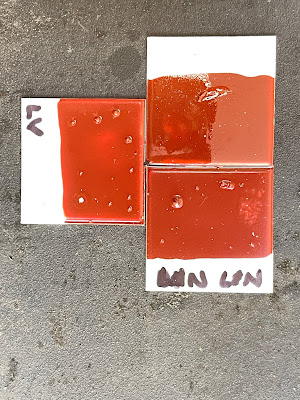 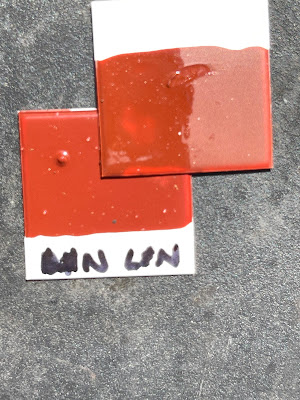 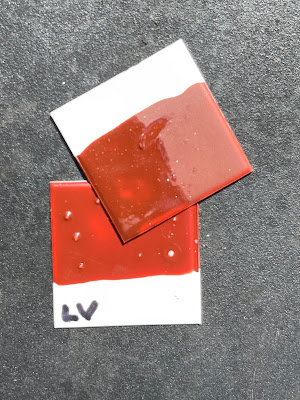 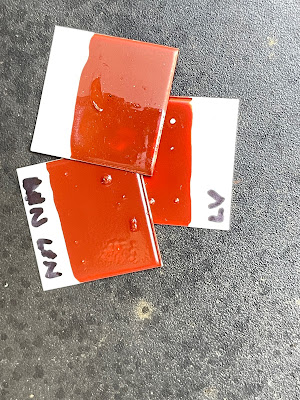 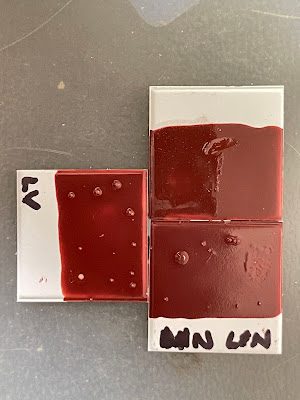 Indoors, room lighting.
Although I was going for the LV color, as I was tweaking it, one drop at a time, I think I ended up closer to the L&N color. All three are quite similar, but I'm not quite to either one just yet. I find that as I'm mixing, comparing them under different lighting helps me see slight differences that I may not see just while mixing them. They also always look different in photos than in person, and it's tough to get good photos with the gloss finish.
I should also point out that these very subtle differences will disappear once the cars are weathered. I also have no idea what sources Tru-Color used, so this is less about being prototypically accurate and more about matching known paint colors to provide options for now and in the future.
I do like having subtle variations, because it's clear in photos of the era that there are many, many shades of box car red/brown. To improve my skills, I'll try to modify this to get a closer match to the LV color, but I'm pretty happy with it for L&N now.
Posted by Randy at 10:08 AM