What else? Smoke Stacks

One day Chris mentioned that if I were to build the tall smoke stack to scale, it would go to the ceiling. I hadn't gotten around to checking and just had a Walthers smoke stack as a stand in.

So, what are we looking at? There are three smoke stacks that will be on the layout. Two at Russell & Erwin, and one at Stanley Works.

These are the two at Russell & Erwin. The Sanborn maps give the heights, but not the width which I estimated using the scale on the map. Despite the appearance at this angle, the star-shaped one is taller. These are 10' x 150' on the left, and 15' x 175' on the right.

What about the Stanley Works one? In one of my clinics I pointed out the really long ladder, which is what I think might have inspired Chris to point out I'd have to build the things. 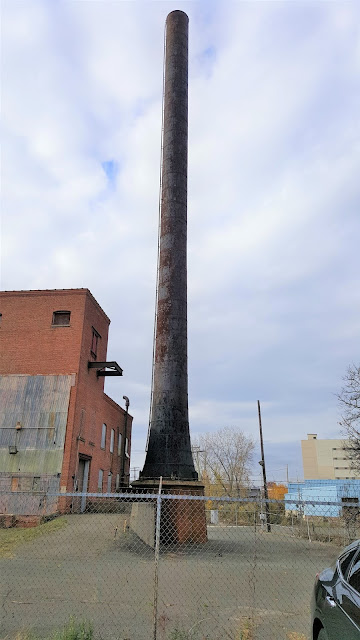 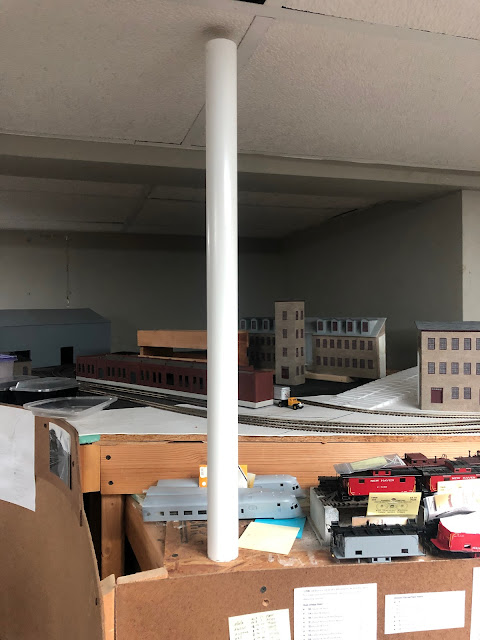 I left the Comet and caboose projects in place to help with the scale. To give an idea of how undersized the Walthers model would be for these specific industries, here it is next to the scale sized one: 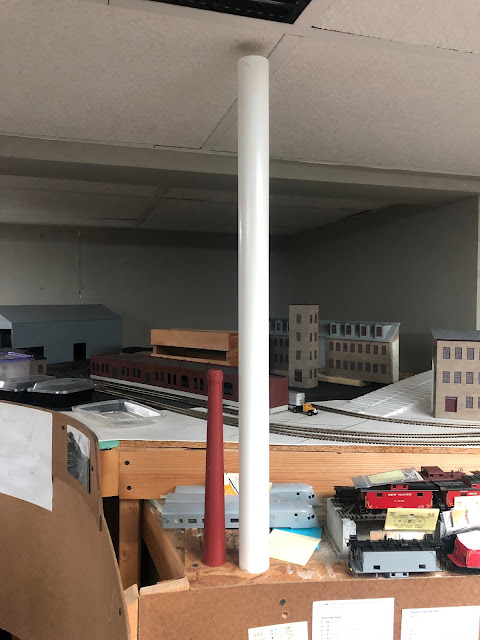 The question is, of course, do I build them to scale? I think I'll try. If I decide to scale it down, how much would I reduce it? I'm not sure. The two Russell & Erwin ones, of course, are very obvious in the Cochrane photo I cropped above and tower well above the train.

I'll need to put a bit of a taper on this one for Stanley Works, and then either carve or make a wrapper for the steel plates, along with Archer rivets. And a lot of (Tichy?) ladders. For the shorter of the Russell & Erwin ones, the same approach with either a styrene or paper brick wrapper should work. As always, the challenge will be the star-shaped brick Russell & Erwin one. I've pretty much decided the best way is to 3D print it. It's just a question of seeing if any of my 3D printing buddies can do a 2-foot tall smoke stack in one piece.