In order to be ready for potential ops sessions later this year, I need to get the layout construction completed. The bulk of the work remaining is in Whiting St. Yard.
Here's an overview of the entire room taken from the stairs, with the lift-up in the down position: 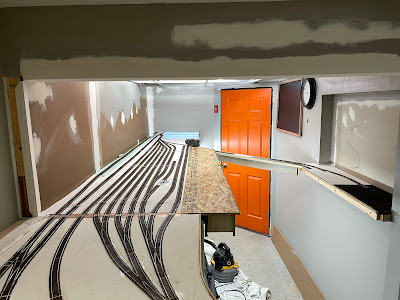 The section of the room beyond the wall (where the lift-up meets the layout) is roughly 6-feet wide and 11-feet long. I was able to maximize the yard tracks by putting the ladder on the lift-up, where the joint is at the fouling point of the yard tracks.
In order to cover the swing bridge, I built out the deck to cover it. Dick wisely recommended I remove the foam next to the house tracks, so I could securely attach this to the existing benchwork. 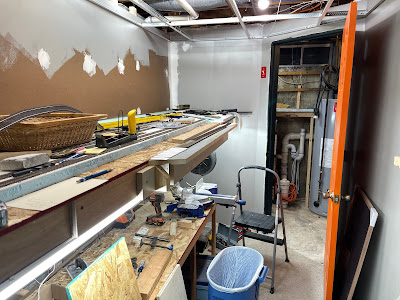 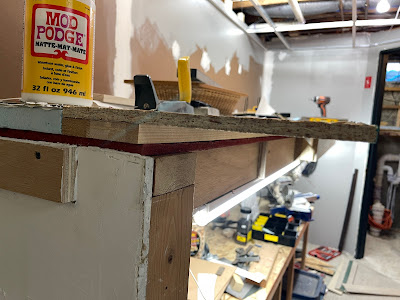 It turns out that an Ikea Ivar shelf cut to fit, plus a layer of OSB is just a smidge taller than the 1" foam with the thin craft foam on top. This will be just fine as a base for the freight house, and now I'll also have plenty of room for trucks as well. All screwed and glued in place. 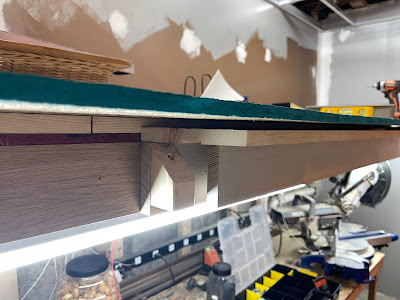 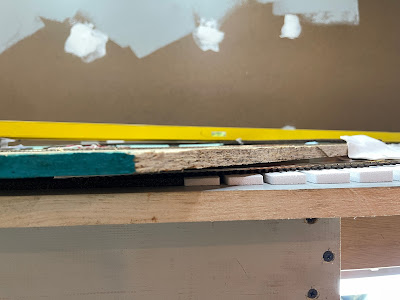 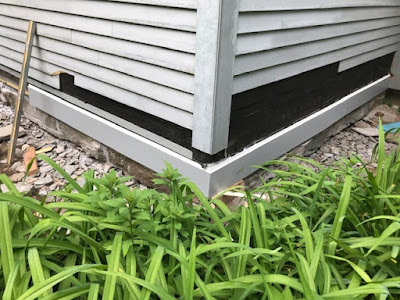 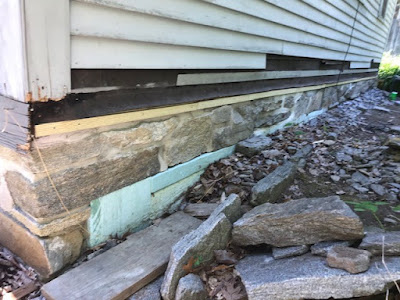 Here's the bridge extended, with a mock-up of some of the track: 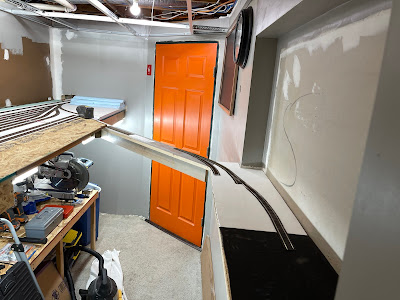 There will be a pair of bulk tracks, with a concrete dock and crane, plus a single track running to the end that "goes" to Stanley Rule and Level.
The white and black are both the craft foam, just what I had on hand. They are the perfect thickness when layered over a sheet of HO scale cork to meet the end of the swing bridge. 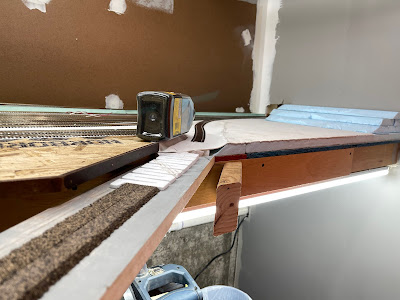 The other end of the bridge goes up a 2% grade to the yard. The container of coal is a weight to hold down the foam that is being glued. I also capped the deck with Masonite, I still need to do the fascia for the rest of the yard. To the right you can see how I've started to build up the hill for Ellis St, and will need to construct the bridge which also functions as the end of the scene. 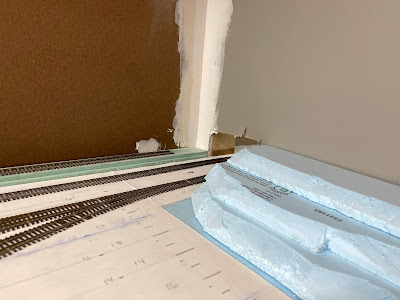 I carved around the end to make it easy to reach the turnout for the bulk tracks. The markings on the foam was when I was testing out yard track spacing. The white foam and a chalk line worked great for that process.
Here's a bunch of pictures of what things look like after adding the fascia. This was all trial and error, just test fitting masonite until I had a piece/design that I liked. 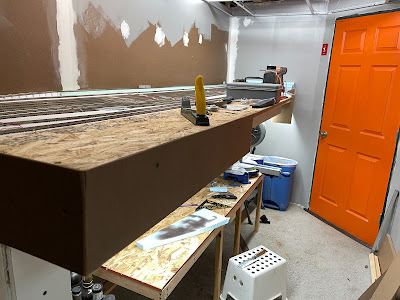 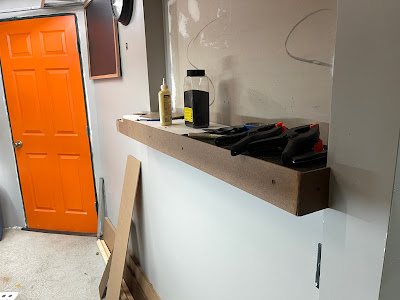 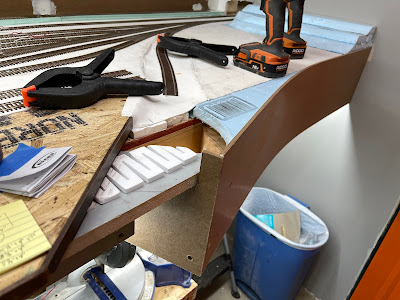 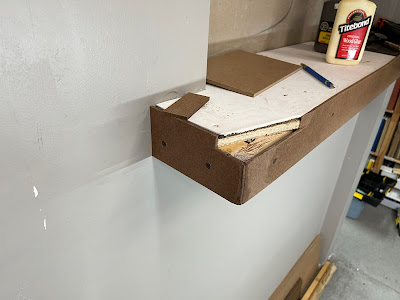 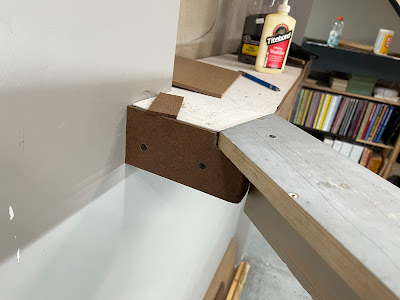 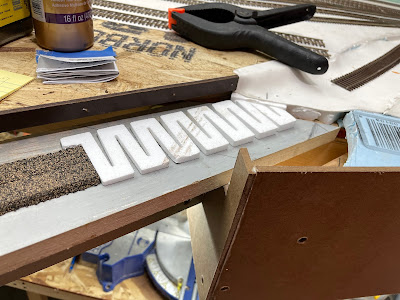 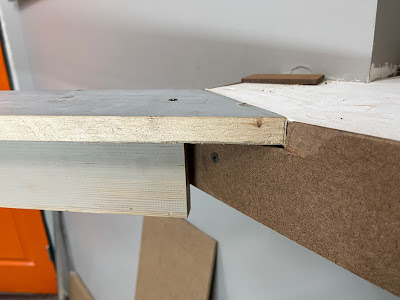 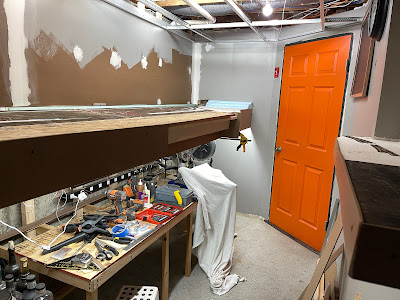 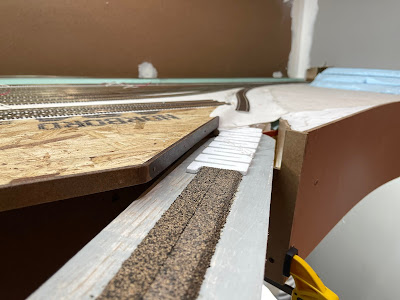 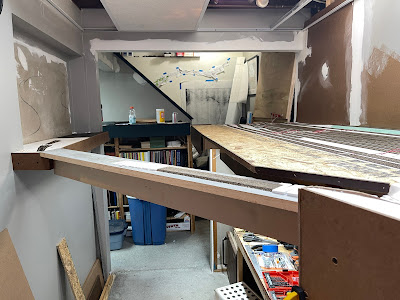 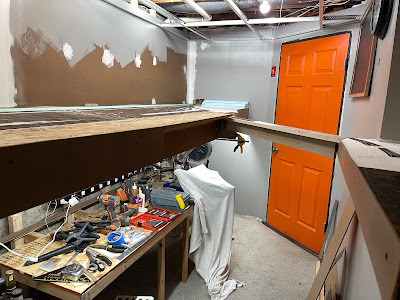 Next up - track. I decided to go with Code 55 for these, in part because Roger only had one pack of Code 70 and I'll need that elsewhere. The turnouts will be Code 70, so I can try KV Models transition joint bars, which was another incentive to go with Code 55.
Once concern is that the scene will be quite deep now, and you'll be reaching over the freight house, using a stool. However, I expect the bulk of the work to be done near either yard ladder, which are the narrowest portions of the scene, rather than at the point where it's the widest. But it is 37" wide along much of the freight house, so we'll see how it goes.
Posted by Randy at 7:59 PM