These are from a series of photos that I believe Dick passed on to me from Dave Peters. The binder was falling apart, the photos curled, and many water damaged. There are a variety of subjects, but a number of them are of flats and gondolas with loads. Not all of the photos have information, but my understanding is that all of them were taken on the New Haven. I'll start with some photos of depressed center flat cars, known on the New Haven as Transformer Cars.

This is NH heavy duty (aka depressed center) flat 17058 with a large tank from the Norwalk Tank Co being loaded at Danbury (based on the crane in the background). On the back is a note that says they are bound for Buzzards Bay. There is a second tank on another flat to the right.

Other than the large pieces of lumber to keep the tank from rolling, it appears they are in the process of securing the load. How would you like to be the one climbing that ladder to help tie it down? 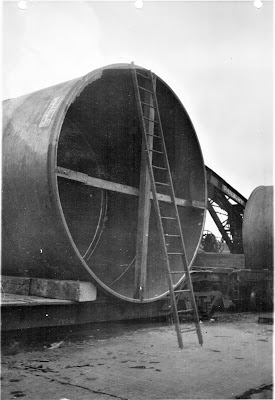 This next series is loaded on the same class of cars, but I can't read the road number. Next to it is Wabash 48249, a double door single sheathed auto car. The photos are taken in Boston, and it indicates they are large tanks from Bremen, Germany and bound for Milwaukee. Again there is no date given. 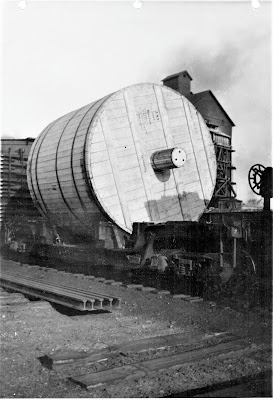 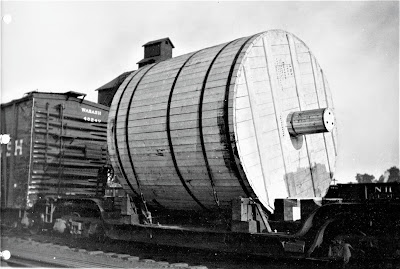 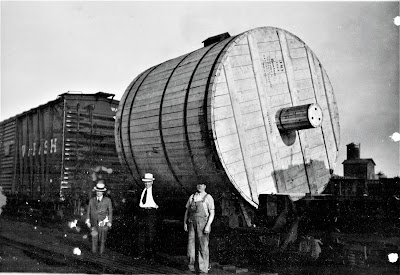 The book also includes a photo of the cast frame for this series of 10 flat cars. Designated as 90-ton Transformer Cars, the photo is dated December 20, 1941. 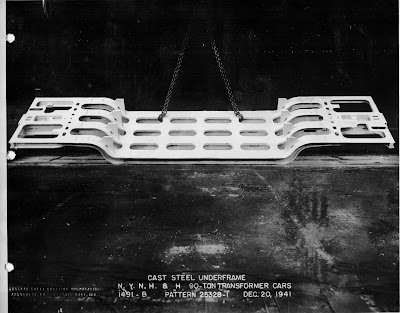 These cars are easy to model since Eastern Car Works produced one of this exact prototype. The castings are a bit crude compared to the current generation of models, but quite nice nonetheless.
The NYC had 14 cars built of the same design, Lot No. 699-F, 499050-499063, also built in 1941.
Here's the NH Diagram: 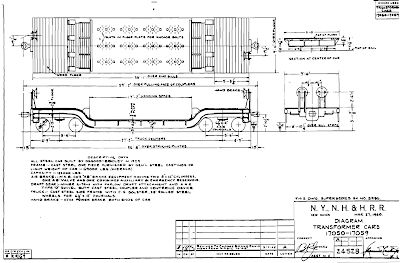 There is a second group of 10 cars, 17060-17069, that are nearly identical, with the exception of being 17" longer. This extra length is entirely in the deck, the truck centers and depressed center geometry are the same for both classes. Just extend the deck 8-1/2" on either end. 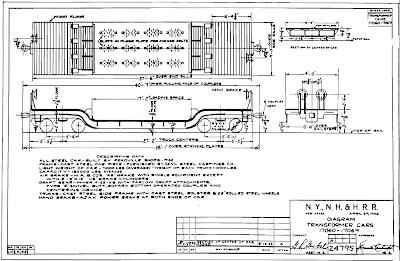 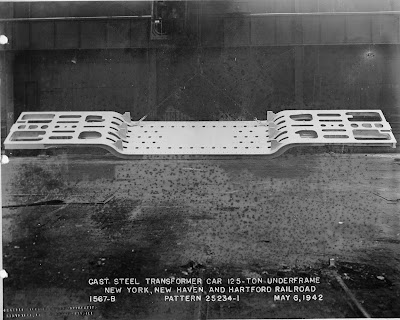 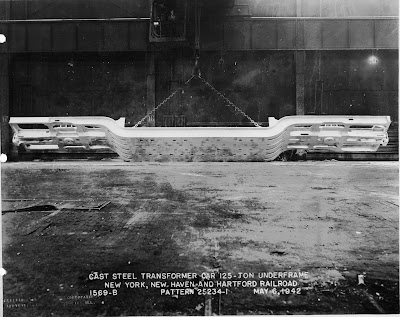 As you can see, these cars are of a different design altogether. Here's the NH Diagram: 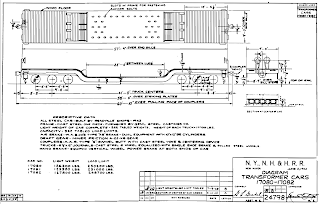 These have been released in brass, I believe. Because of their cast design, it may be a good candidate for somebody to 3D print the main casting. Like the Eastern Car Works model, it would need some creative weighting.
This photo is of an unknown class of car (I don't believe this is a New Haven car due to the stake pockets), but I think it's in Pittsfield. 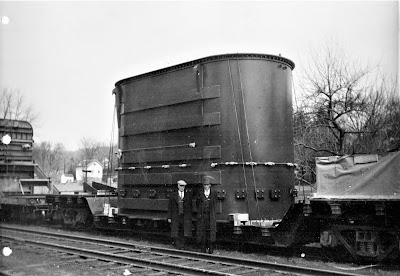 Also included is a 1941 Milwaukee Road diagram for the loading method used by Allis-Chalmers for and this type of transformer: 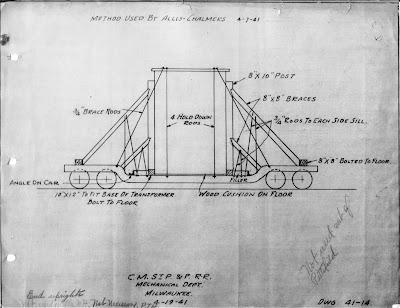 There are notations under "End Uprights" that says it's not used by the NH, and another notation that says, "Not used out of Pittsfield."
Posted by Randy at 8:55 PM