The Senator takes a Vacation

Well, part of it anyway.

Dale informed me that this move was going to happen on Sunday, but unfortunately I had to work. So he made sure to take some pictures.

For years (decades?) there have been two ex-Senator PRR parlor cars on one of the tracks at the Hartford Regional Market. The Greenwich Estate was previously named Betsy Ross and Greenwich Harbor was Roger Williams.

They are owned by Dale's boss' (owner/operator of CNZR) brother. I guess for a while Amtrak wasn't allowing the use of private cars. But apparently that has changed, because the cars' owner and his wife are going on vacation to Florida - in their ex-PRR Parlor Cars.

CSOR coupling up to the cars. 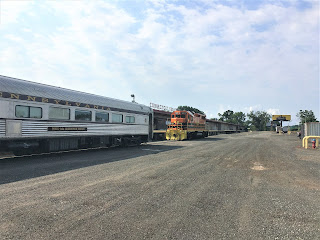 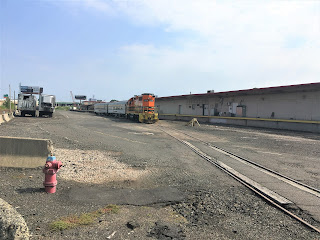 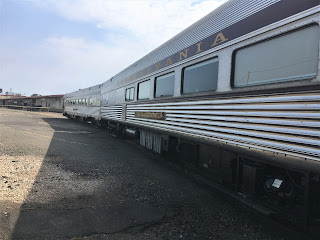 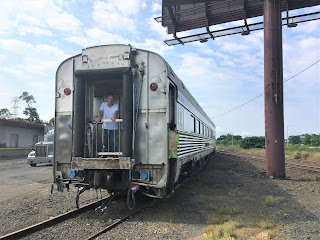 Dale has been working this summer just hanging out in his truck all day
to protect the one train that comes through, and move the construction crew.
This is an industry track off of the old Valley Line, which is on the other side of the overpass. 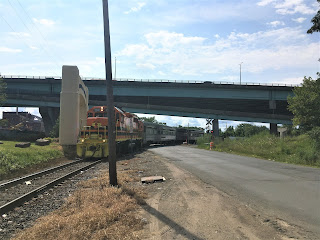 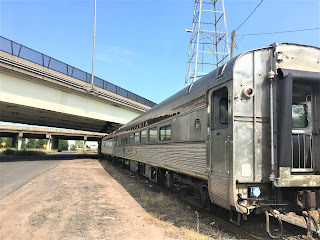 At the Springfield Line in Windsor Locks, waiting for a southbound Amtrak shuttle... 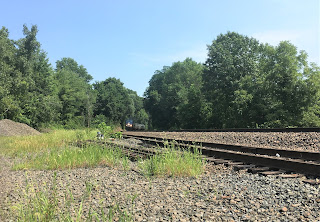 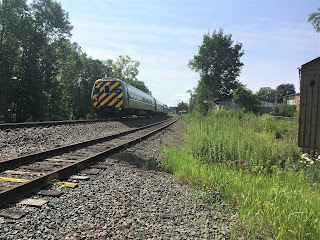 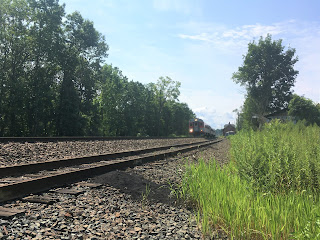 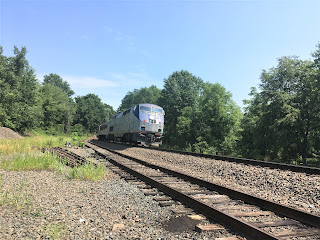 With the special following close behind. 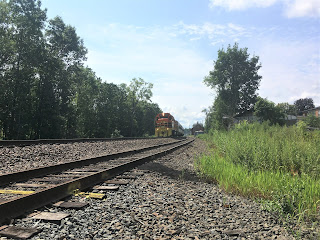 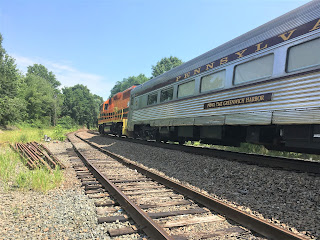 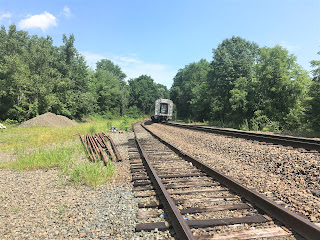 The cars are on their way to Springfield and will be added to an Amtrak train to Florida there. What a way to travel! I wonder what sort of service they'll have onboard.