These photos are from May 1947, and indicate they were taken at the sub(marine) base in New London (which may be Groton?). Anyway, they show the blocking and loads of plate steel.
The first two show the frame that was built in DT&I 6220. 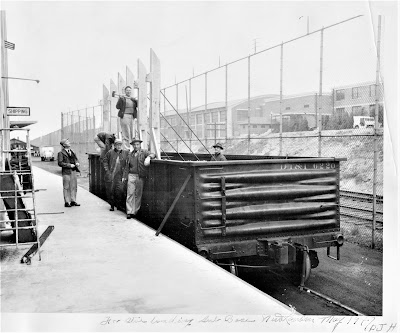 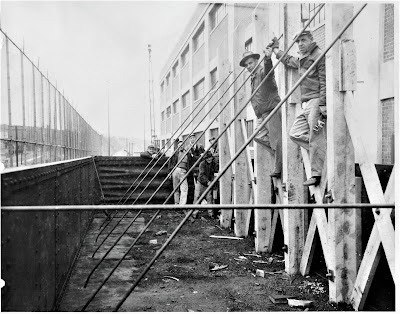 These two views show NH 60442 with a steel plate load. It looks like the frame was constructed a little different than in the DT&I car, but it's hard to tell. Unfortunately, there isn't a better angle of the interesting wheel load in the other car. I don't know what kind of car it is, maybe a well hole flat of some sort? 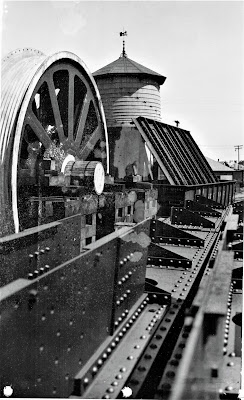 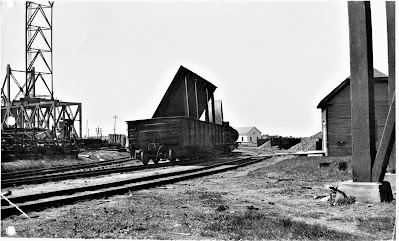 As my buddy Dick pointed out in the comments, it looks like these two are from the construction of the lift bridge at Cape Cod in 1933, with the wheel being a cable sheaf. He points to lots of photos at the Library of Congress. Thanks, Dick!
Posted by Randy at 10:05 PM