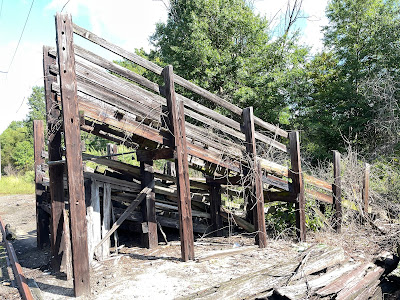 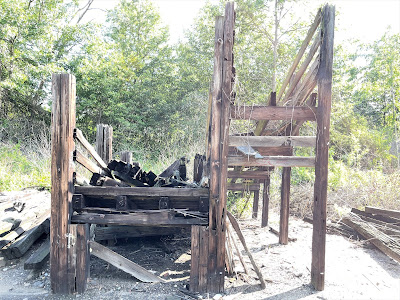 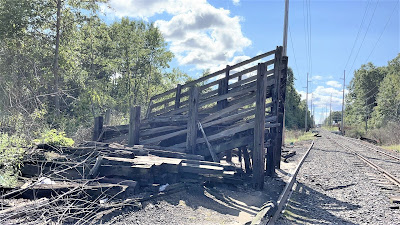 What's Copaco? It was the Connecticut Packing Co, located in Bloomfield, CT. The primary livestock they received was probably hogs, although I wouldn't be surprised if they received cattle too. They were known for their sausages.

There's a shopping center named Copaco in the general vicinity of where the company was located, and when we moved to the area they used to have a petting zoo in the front parking lot (including a giraffe, I recall).

Why am I posting it? I've started working for the railroad.

The Central New England (CNZR) to be specific. Eversource is replacing 175 of the high voltage line poles with steel poles, and they need flaggers and don't have enough people. So when Dale asked if I was interested, I thought, why not?

So while I was there I decided to walk down and take a couple of pictures. Training this weekend, and from there I think the "work" will be standing there there to clear the crews from the tracks in the event a train comes through, along with ensuring they don't do anything they're not allowed to.