The main room is done: 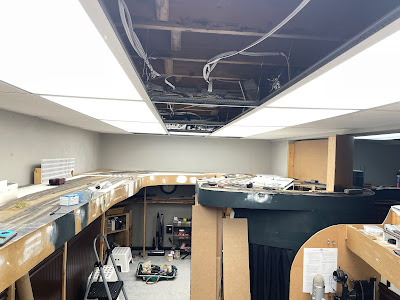 The staging lights are turned off here. It is super bright. There are slight shadows in the corners, but these really only show up in photos, not when you're standing there in person. 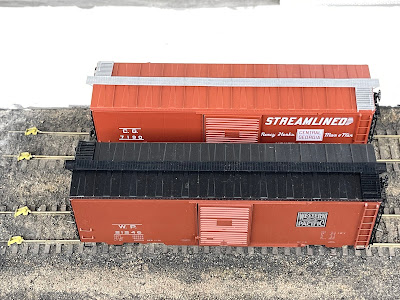 This is looking over a car, with my arms and the camera between the lights, on the track farthest from the front of the layout. Visibility is amazing. 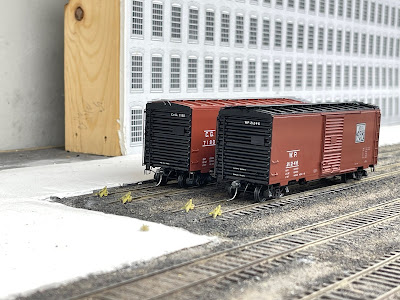 Here's another angle of the same cars. You can see a bit of shadow, but not much. It's most prominent on the wall behind the Landers mock-up.
The lights are LED troffers for a drop ceiling from Amazon (the 2'x4' units in this section) and Home Depot (the 2'x2' in this section). They are 9000 and 4900 lumens, both 5000k. They are also dimmable, and I'll see what that looks like after installing the dimmer tomorrow. There are six 2'x4' and six 2'x2' lights in this section, arranged in a simple rectangle. There will be two over the Stanley/Berlin Line, and two over Whiting St Yard. 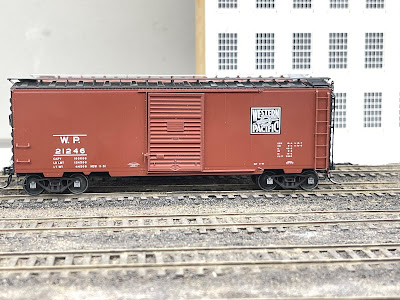 Because they are "daylight" (5000k) the layout looks very different than before. It really brightens things up, and not just because there is more light. 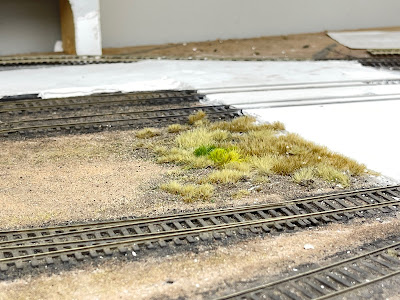 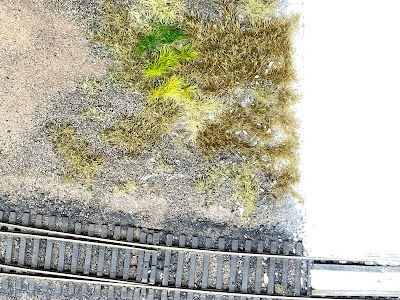 I've been experimenting with different color grass tufts, which is much more noticeable now.
It also doesn't matter what angle I use to take pictures anymore. 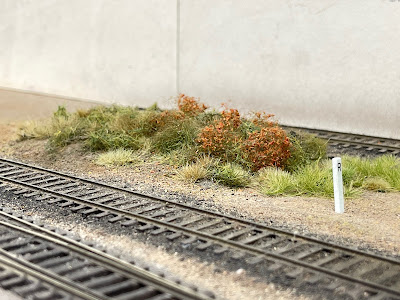 The rest of the basement will be finished tomorrow, including dimmers. Getting this done has been a big part of preparing to move forward on other projects since I didn't want to worry about working on the ceiling this extensively after completing some of those other ones.