With the recent announcement of new FA-1/FB-1s from Rapido (it's about time!), I'll want to be prepared for adding the Maybrook freights. 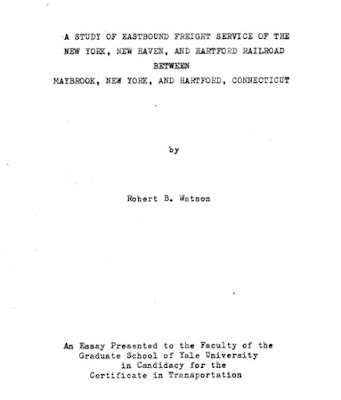 While it's a fascinating study, I'd recommend reading the whole thing and I'll be pulling more info from it, the initial use I'll get from it is working out a mix of routes.

For example, Maybrook to Hartford traffic in January '57 through Maybrook was routed via:

Maybrook to Holyoke was:

East would be from Boston as well as CV via New London, etc. The Cedar Hill cars probably include transloaded LCL and cars from locals and industries that route via Cedar Hill.

This will be great information to incorporate into the routing information on waybills, and may also impact the mix of road names represented in these trains.