I haven't done a whole lot of rail fanning, but when I have, it's often literally "rail" fanning, since there aren't all that many trains running near me. Now that I'm working at CNZR part time, I have a lot of opportunity to do so.
Here's a shot at the start of a Sunday morning work day at Tobey Rd looking toward Hartford. 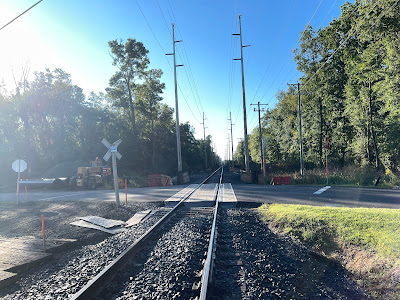 One of the things you'll notice on a lot of layouts is that the right of way, and scenery around it, is often very uniform. This is true to some degree on a well maintained mainline, especially back in the '50s and earlier. But you'll otherwise find that it's quite variable, in part because of the terrain around it.
Looking the other way, and a little up the line (past the current construction) you'll see that there are a lot of tall weeds. It's hard to tell, but this is in a drainage ditch. The track here is actually in a bit of a depression, you'll note that the ground on both sides is higher. 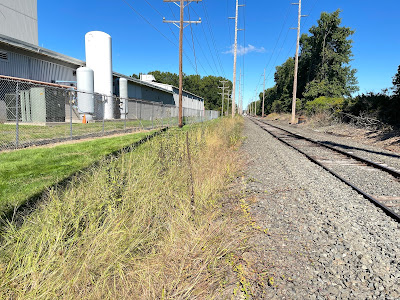 If I move up to where that line pole is, you'll see that the weeds are much less, and the ditch has a lot of small puddles of water. 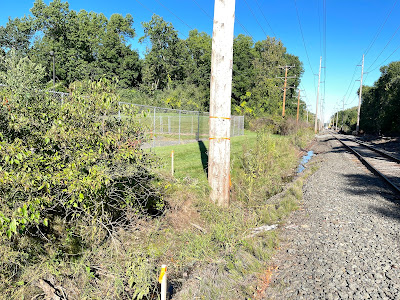 On the opposite side, looking back towards Hartford again, this side has almost no vegetation (it's in shade all day), It's just dry, but still has a drainage ditch (also dry). 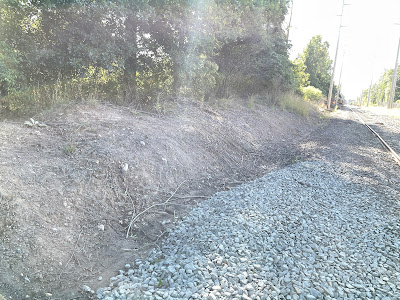 Looking away from Hartford again, the pile of newer ballast is where the other photo was taken. That ballast is there for the ongoing construction, but it also highlights that the scenery also tells a bit of the history of the railroad. 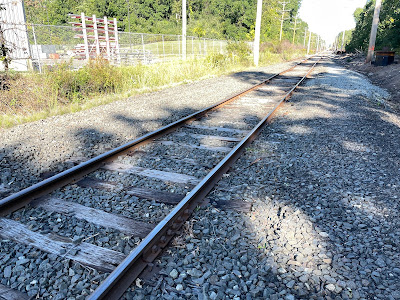 That's often most clear in things like the ties, in this case where there are a lot of well-worn ties, with some replacements. Again you can see how the ballast varies quite a bit.
One last shot looking toward Hartford. 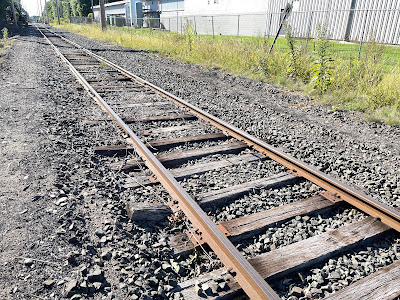 For earlier eras, we have to rely on photos for details like these. If you're modeling railroading today, though, I highly recommend getting out there and taking a look where you can (safely and legally). I will say that in pictures of New Britain in my era, the track and right of way are much better maintained. This sort of interesting track and scenery almost makes me want to model a later era.
Almost...